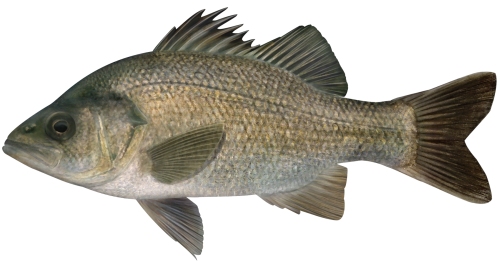 Ault fish may attain a total length of about 75 cm and a total weight of 10 kg.

The Estuary Perch lives in coastal rivers and lakes in an area from the Richmond River (NSW) in the north, to the Murray River (South Australia) in the West and as far south as the Arthur and Ansons Rivers (Tasmania).

Looks very similar to Australian Bass (Macquaria novemaculeata) which can be distinguished from the Estuary Perch by their straight dorsal head profile.