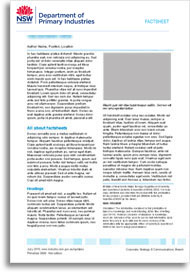 Factsheet Number:     Edition:     Released/reviewed:
The Scalloped Hammerhead Shark is a coastal pelagic species with a circumglobal distribution in warm temperate and tropical coastal areas between 45°N and 34°S.

They are known to form large migratory schools and in Australia tend to move south during the warmer months.

Scalloped Hammerheads may be found throughout the seas around northern Australia as far south as Sydney NSW (34°S) and Geographe Bay WA (33°S).

Scalloped Hammerheads are quite timid and not considered dangerous to humans. They have been targeted for their meat and valuable fins and have suffered serious declines in abundance in many geographic regions around the world.

This factsheet covers the following topics: