The Silver Perch is a moderate to large, oval-shaped freshwater fish. Distinguishing features include: Silver Perch were once widespread and abundant throughout most of the Murray-Darling river system. They have now declined to low numbers or disappeared from most of their former range. Only one remaining secure and self sustaining population occurs in NSW in the central Murray River downstream of Yarrawonga weir, as well as several anabranches and tributaries. 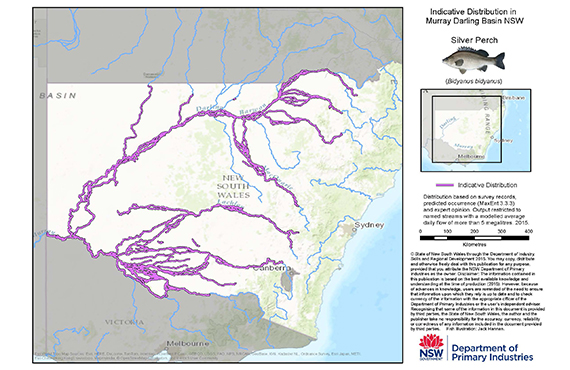 Silver Perch have been found in a wide range of habitats and climates across the Murray-Darling Basin. They are generally found in faster-flowing water including rapids and races and more open sections of river. Spawning and recruitment success are both considered to be heavily dependent on high flows and overbank flooding. Why is the Silver Perch threatened?