Camden Haven is a large, wave dominated barrier estuary on the New South Wales North Coast, and contains two main shallow lake areas – Queens Lake and Watson Taylor Lake. Queens Lake is connected to the lower main arm of the estuary by a 3 km channel called Stingray Creek, and Watson Taylor Lake is on the main arm of the estuary. The fishery in the Camden Haven estuary is dominated by Sea Mullet, but School Prawns were regularly the most abundant crustacean harvested in the estuary. School Prawns were targeted by seines in the main lakes, and using set pocket nets in the channels (primarily Camden Haven Inlet and Stingray Creek). 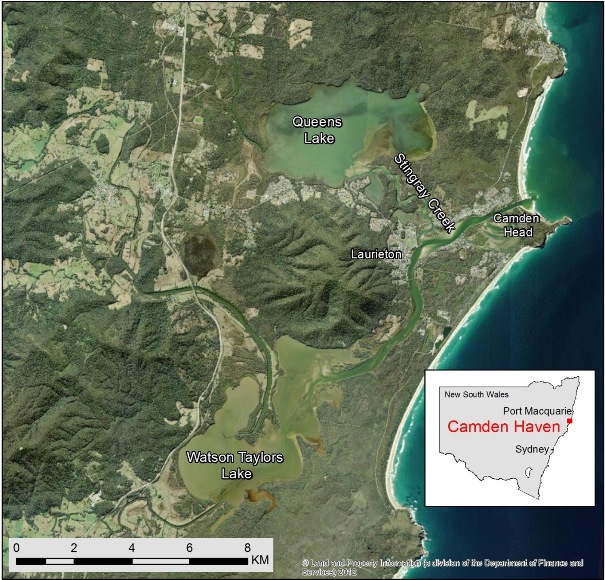 Catches of School Prawn peaked at 25 tonnes in 2004. Similarly high landings (22 tonnes) were achieved in 2006. However, in 2007 professional fishers noticed prawns were substantially smaller than in previous years. In the following year prawns were reported to be a similarly small size, but much lower in number and in the years since, the catch of prawns has substantially decreased. This was verified from catch statistics, which showed average annual landings decreasing from 17 t (1998-2006) to 5 t (2007-2013). Fishers noted that prawns have almost completely disappeared from Watson Taylor Lake altogether, and whilst prawns are still present in Queens Lake, they are too small to be retained by set-pockets in Stingray Creek. Similar decreases in catch have been noted in other surrounding estuaries. While these problems have been highlighted for the Camden Haven estuary, the Fishing Industry has consistently reported similar issues with lack of growth of School Prawns in other estuaries, such as the Clarence River (NSW’s largest School Prawn fishery).

Issues with the size and number of School Prawns in the Camden Haven estuary (and other estuaries) could be caused by adverse environmental conditions. Indeed, recent and historical reports on the health of the Camden Haven estuary indicate the periodic presence of environmental conditions which may produce lethal or sub-lethal effects on prawns. These include low dissolved oxygen, low pH, and heavy metals; especially aluminium, which can occur in estuarine water as a by- product of acid-sulfate soil oxidation (Roach 1997, Ryder et al. 2012). The Clarence River is affected by similar environmental issues. While extreme conditions can cause lethal effects and result in an immediate reduction in population size, sub-lethal effects that compromise growth and reproductive output are less evident through assessments of population size; however, the nature of such effects are largely unknown for prawns. Using the Camden Haven as a case study, this project seeks to understand the role these environmental factors are playing in the declining productivity of School Prawn stocks in NSW.

This project is supported by funding from the Fisheries Research and Development Corporation (FRDC) on behalf of the Australian Government, with significant in-kind contributions from NSW Department of Primary Industries – Fisheries. Additional support for the project is being provided by the Professional Fisherman’s Association, Port Macquarie Hastings Shire Council and the North Coast Local Land Services. Local commercial fishers have been instrumental in drawing attention to this issue affecting School Prawns in their area.

What the project involves

The project will be undertaken through three objectives:

Project updates are available below.

Research data will be published in a variety of ways, including plain English summaries. Journal articles and conference presentations will also be used to inform people about the research. Results will be made available here, as data collection continues.

Three main outcomes from this research are proposed: 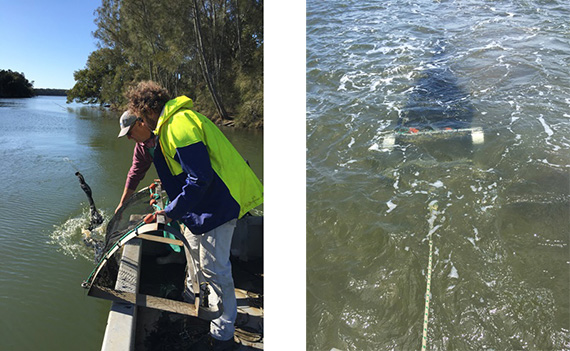 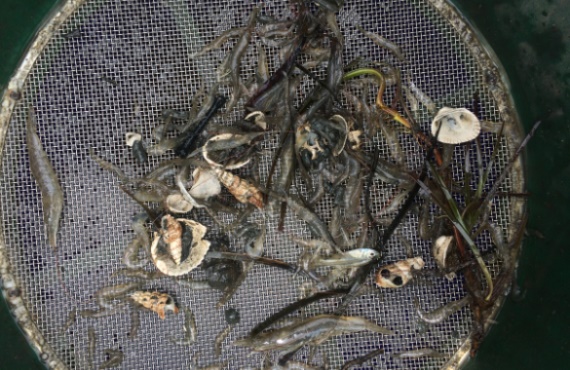 As the project develops and research data becomes available, resources about school prawns will be made available here: