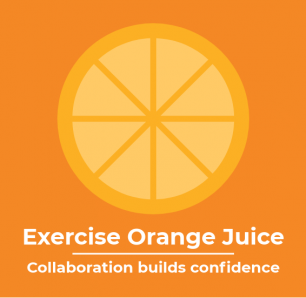 Exercise Orange Juice was held in October 2018 and was designed to review and evaluate New South Wales’ preparedness to a detection of the exotic disease citrus canker. The exercise was conducted under the present threat of citrus canker detections in the Northern Territory and Western Australia.

There has never been a detection of citrus canker in New South Wales, however, in light of this most recent citrus canker incursion and other previous outbreaks of this disease in Australia, the NSW Government identified a need to review and evaluate NSW emergency response plans, preparedness and response capacity.

Exercise Orange Juice was discussion based exercise stemmed from a hypothetical scenario of citrus canker being discovered in a retail outlet in NSW. Held in Griffith NSW on October 24 2018, a key focus of the exercise was the dynamic between NSW Department of Primary Industries (DPI) and Local Land Services (LLS) in responding to a plant based emergency.

Exercise Orange Juice was prepared and conducted in partnership by DPI and LLS, with participants from both branches of government as well as key stakeholders of the NSW citrus industry.

Evaluator reports, feedback surveys and materials produced from the Exercise Orange Juice were reviewed for evaluation of the exercise. An Exercise Report based on this evaluation was released to participants and participating agencies on 23 January 2019.

The overall success of the Exercise is conveyed by the gaps identified and associated recommendations that have been produced as an outcome of positive discussion. Recommendations detailed in the report are numerous and have been divided into five areas for improvement:

Despite some drawbacks to the exercise conduct stemming from unforeseen expectations and assumptions of the format, Exercise Orange Juice was ultimately successful in its aim to review and evaluate NSW preparedness to a detection of the exotic pest citrus canker. Participants were successfully able to discuss and identify a significant number of areas for improving NSW preparedness.

A very positive outcome was that no significant crippling gaps were identified that would have inhibited a citrus canker eradication attempt. NSW DPI and stakeholder agencies are currently prepared to effectively respond to a citrus canker outbreak, but there are a number of areas that could do with improvement, not only for citrus canker, but NSW biosecurity emergency responses as a whole. Particular areas for improvement focus include:

A number of areas of improvement for exercise management were also identified and will be recorded for future exercise conduct.

If you would like to request a copy of the exercise report please indicate your interest to rebekah.pierce@dpi.nsw.gov.au.

This exercise was an important part of government and industry’s preparedness to respond effectively and efficiently to biosecurity emergencies. The exercise assists in better preparation for pest and disease incursions that have the potential to damage Australia’s food and fibre production industries.

To review and evaluate NSW preparedness to a detection of the exotic pest citrus canker where the emergency response effort is focused on attempted eradication.

The objectives to be achieved by conducting this exercise include: