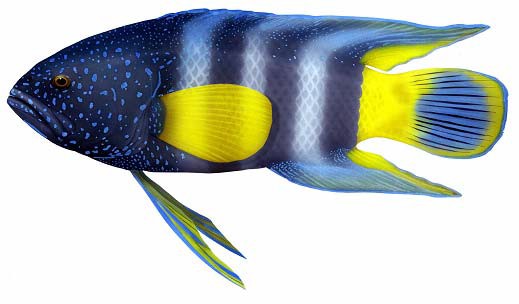 Eastern blue devil fish are listed as a protected fish in NSW under the Fisheries Management Act 1994. Heavy penalties apply for taking or possessing them.

Juveniles are generally a less colourful dusky brown with less prominent stripes or general blue colouration. However, some blue spots on the head and the gill covers and a blue band around the edges of all fins are still prominent. What conservation actions are underway?

Taking or possessing Eastern blue devil fish (or any other species of protected fish) is an offence and heavy penalties apply. For corporations these penalties can include fines of up to