How to identify a Murray Hardyhead

Wanted - Sightings of this fish!

Once widespread and abundant in the Murray, Lower Darling and Murrumbidgee river systems in southern NSW and northern Victoria, Murray Hardyhead is now considered one of Australia's most threatened species. They are listed as critically endangered in NSW.

But you many have seen them…

This small fish (3 – 8cm) usually schools near or among aquatic plants on the edges of wetlands and slow-flowing lowland rivers. Usually located in marginal saline habitats (e.g. isolated wetlands), but you may also encounter them in farm dams, irrigation channels, ponds or even tanks which held water in the recent drought.

You may mistake these for… 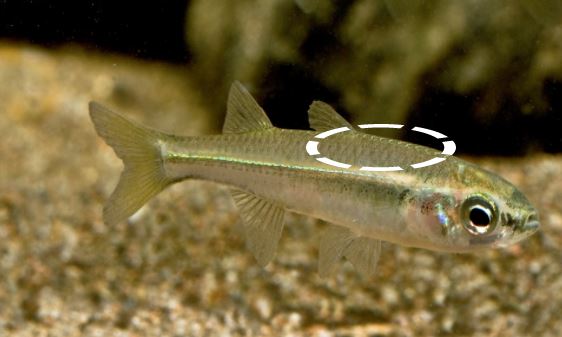 We need your help!

If you see a Murray Hardyhead, take a photo focusing on the scales and report the sighting. The scales are critical for species identification.