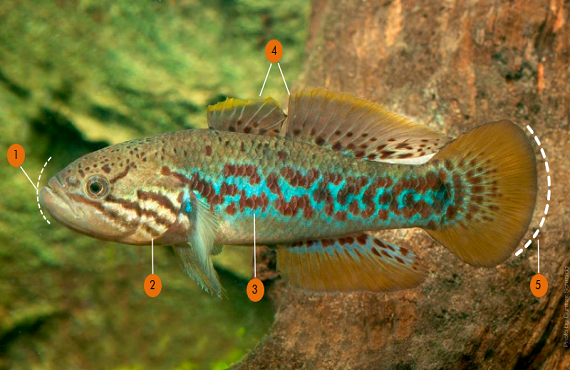 The Southern Purple Spotted Gudgeon is distinguished by:

*Note that the fish are generally dark purplish-brown in colour, fading to light brown on the belly. During the breeding season, which generally spans from November to March, the fish display their bright colours which they are characteristically known for.

They can grow to 15cm. Males reach maturity at about 4.5cm and females at about 5cm in length.

The Southern Purple Spotted Gudgeon occurs in the Murray-Darling basin as well as parts of coastal northern NSW and Queensland.

The western population of the Southern Purple Spotted Gudgeon was previously widespread in the Murray, Murrumbidgee and Lachlan River systems and tributaries of the Darling, but has experienced a significant decline in recent times. They are now considered to be rare in inland NSW. 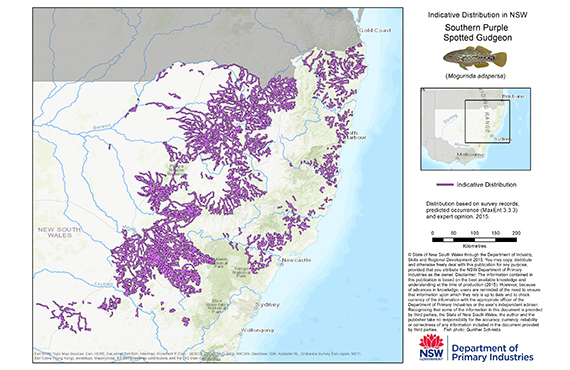 The species can be found in a variety of habitats such as rivers, creeks, streams and billabongs with slow-flowing or still waters. Cover in the form of aquatic vegetation, overhanging vegetation from river banks, leaf litter, rocks or snags are important for the species. 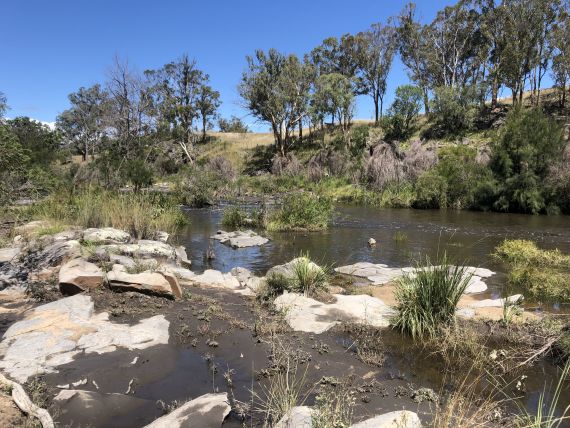 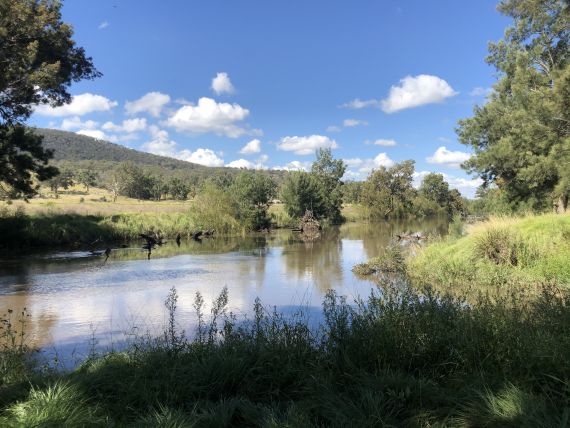 Why is the Southern Purple Spotted Gudgeon threatened? 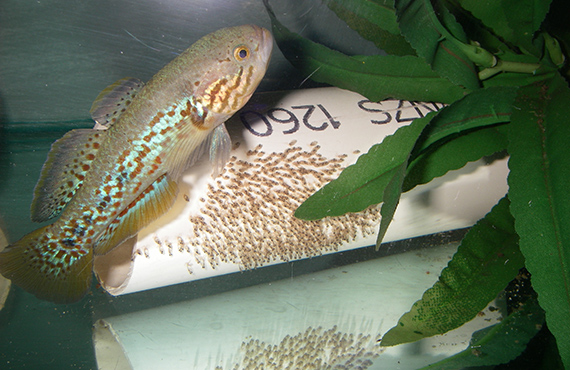 Watch a video about our partnership with Taronga Western Plains Zoo (3:21)