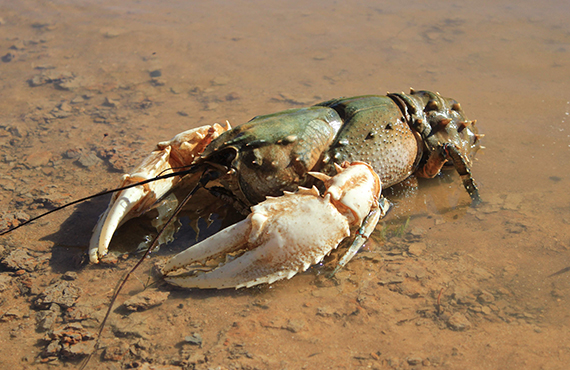 Murray Crayfish have characteristic white claws and three rows of large white spines on each side of the tail. Males generally have larger claws while females have broader abdomens. Individuals have a dark green to green-brown body.

The species grows to more than 150 mm in carapace length; with the maximum recorded size being 174 mm and 2.5 kg. The Murray Crayfish is the largest of over 40 species in the genus Euastacus which represents freshwater 'spiny' crayfish.

The Murray Crayfish is the second largest freshwater crayfish in the world! 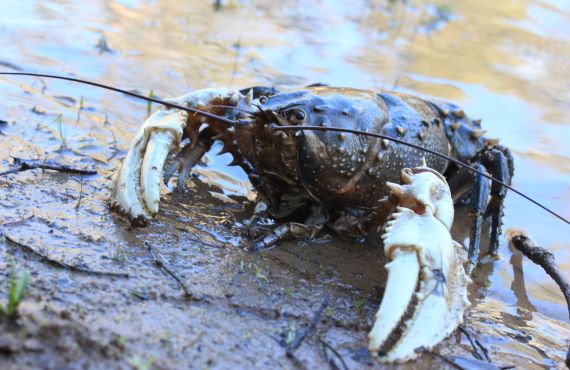 The Murray Crayfish is endemic to the southern tributaries of the Murray-Darling Basin. It historically occurred in New South Wales, Victoria, South Australia and Victoria but has seen significant declines throughout its range. 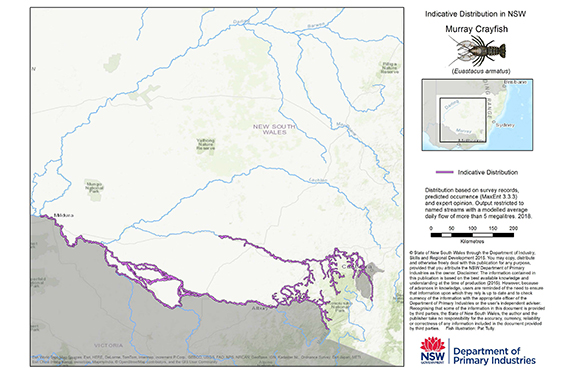 Murray Crayfish prefer cool, flowing water that is well oxygenated. The species is tolerant of water temperatures up to 27°C and moderate salinities, but are intolerant to low dissolved oxygen concentrations. They create burrows that vary in complexity, from deep burrows with multiple entrances to simple burrows under a rock or log 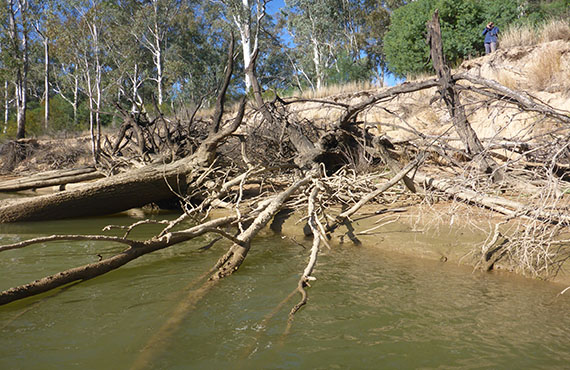 Why is the Murray Crayfish threatened?