Lakes Hume and Mulwala are important recreational fisheries, with Lake Mulwala considered one of the premier Murray Cod fisheries in Australia.  Lake Hume is a mixed fishery enabling anglers to target Trout, Redfin Perch, Carp, Silver Perch and Golden Perch throughout the year and Murray Cod during the open season.

Previously both NSW and Victorian fishing rules applied to Lakes Hume and Mulwala, as the constitutional border between the two States runs through the two lakes.  However, the location of the State boundary line made it very difficult for anglers to identify the exact position of the border and to comply with differing fishing laws. Anglers also needed to hold both NSW and Victorian fishing licences when fishing on the lakes.

As such, Victorian fishing rules apply to all parts of Lake Hume, from the Lake Hume Weir wall upstream to the Seven Mile Creek junction at Talmalmo and only a Victorian recreational fishing licence is required (unless exempt) to fish on the waters of Lake Hume.

Similarly, NSW fishing rules apply to all parts of Lake Mulwala upstream from the Yarrawonga Weir wall upstream to the point where the Ovens River enters the Murray River, marked by the Bundalong boat ramp and only a NSW recreational fishing licence is required (unless exempt) to fish on the waters of Lake Mulwala.  The fishing boundaries for lakes Hume and Mulwala are shown in the diagrams on the following page. 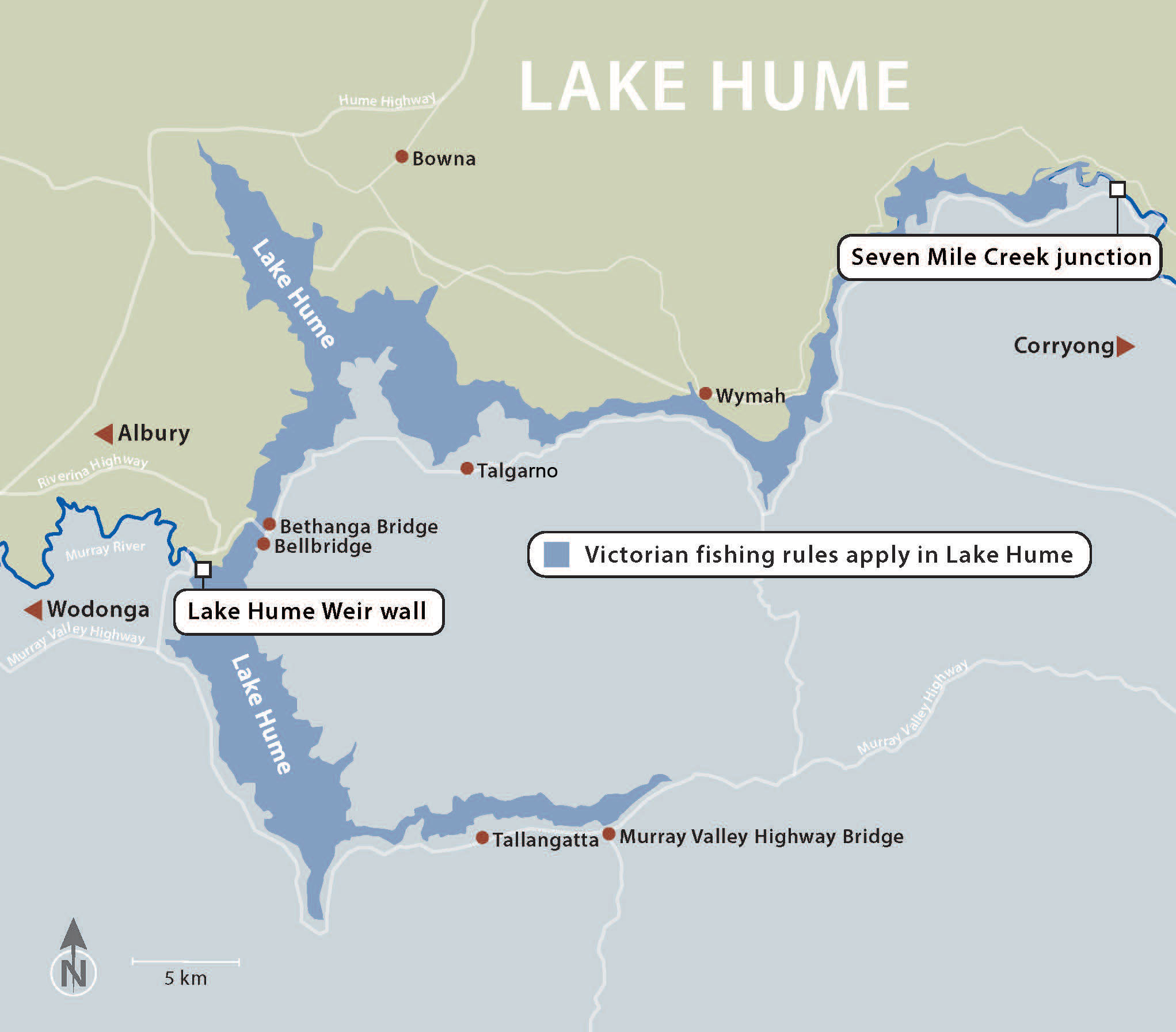 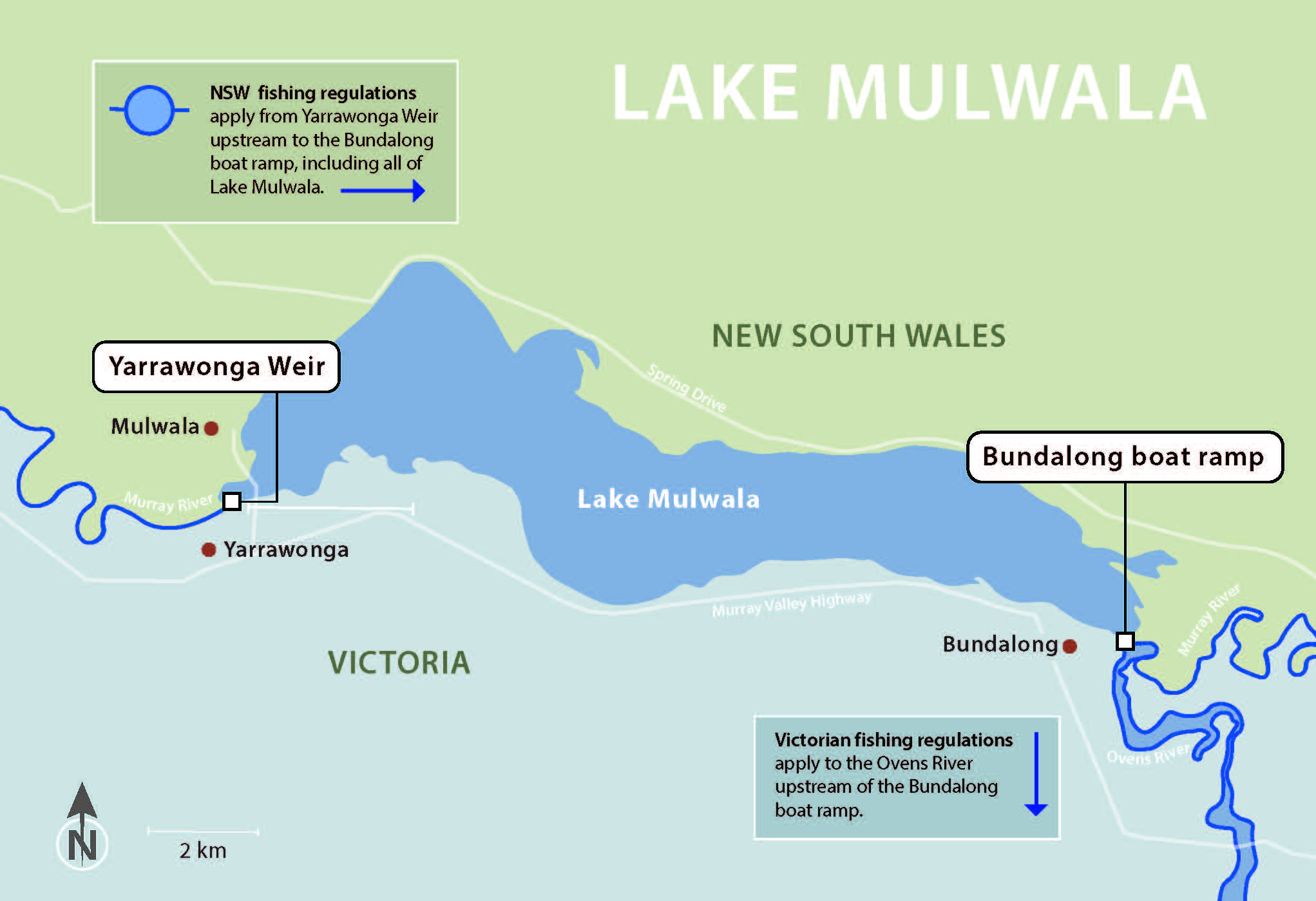