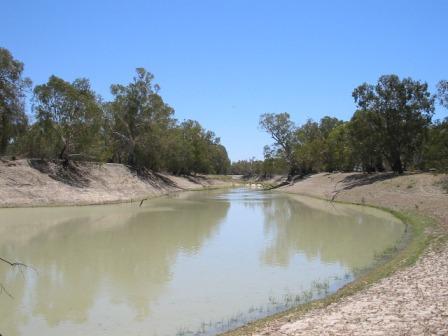 The aquatic ecological community in the natural drainage system of the lowland catchment of the Darling River.

The Darling River endangered ecological community includes all native fish and aquatic invertebrates within all natural creeks, rivers, streams and associated lagoons, billabongs, lakes, flow diversions to anabranches, the anabranches, and the floodplains of the Darling River within the State of New South Wales, and including Menindee Lakes and the Barwon River. This area includes:

Excluded from this recommendation are the man made/artificial canals, water distribution and drainage works, farm dams and off-stream reservoirs, and also the Paroo River and Bulloo River Overflow with their associated lakes and tributaries. Other watercourses above 500m not specifically named in this recommendation are excluded.