Cauliflower soft colour is usually a bright reddish pink colour and forms bushy colonies with the branching stems supporting densely placed polyps. The colonies usually have a rough or prickly feel from the sclerites - the thin spiny pieces of calcium carbonate which support its soft bodied structure.

The Cauliflower Soft Coral is distinguished by

The only estuaries where Cauliflower Soft Coral is known to grow in abundance are Port Stephens and the Brisbane Water area of Hawksbury River, New South Wales. They have been found sporadically in other locations in NSW waters including, Sydney Harbour, Terrigal, Botany Bay and Jervis Bay.

The species is predominantly found in estuarine environments in NSW at depths of 1 – 15 m, however, it occasionally occurs offshore down to depths of 30 m. It is generally found in areas of sandy seabed where there is high current flow. 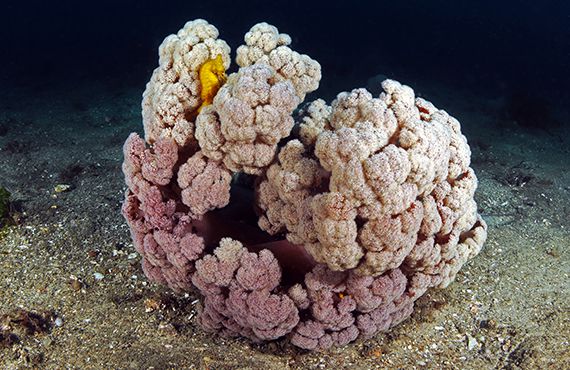 Why is the Cauliflower Soft Coral threatened? 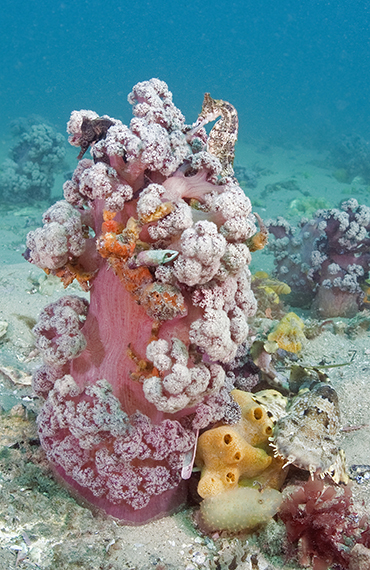