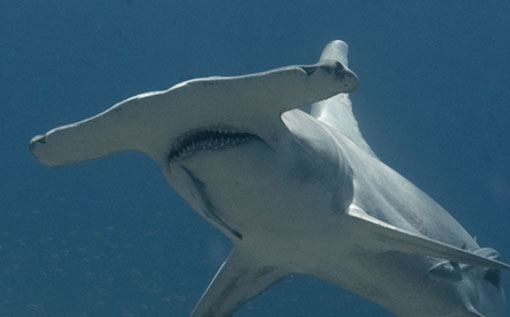 The Great Hammerhead Shark has a circumglobal distribution in tropical and warm temperate seas from latitudes 40° N to 35° S, however the species has been recorded as far south as Sydney (34°).

Great Hammerheads are the largest species of hammerhead in the world. Females give birth to live young that are approximately 65 cm long. Adults can grow to 6 m in length however they are only rarely observed over 4.5 m.

Watch a video of Great Hammerhead Sharks off NSW (1:28 mins)