Is there a safe and sustainable way to use animal remains, especially those impacted by disease? NSW DPI researchers are confident they have found a way. 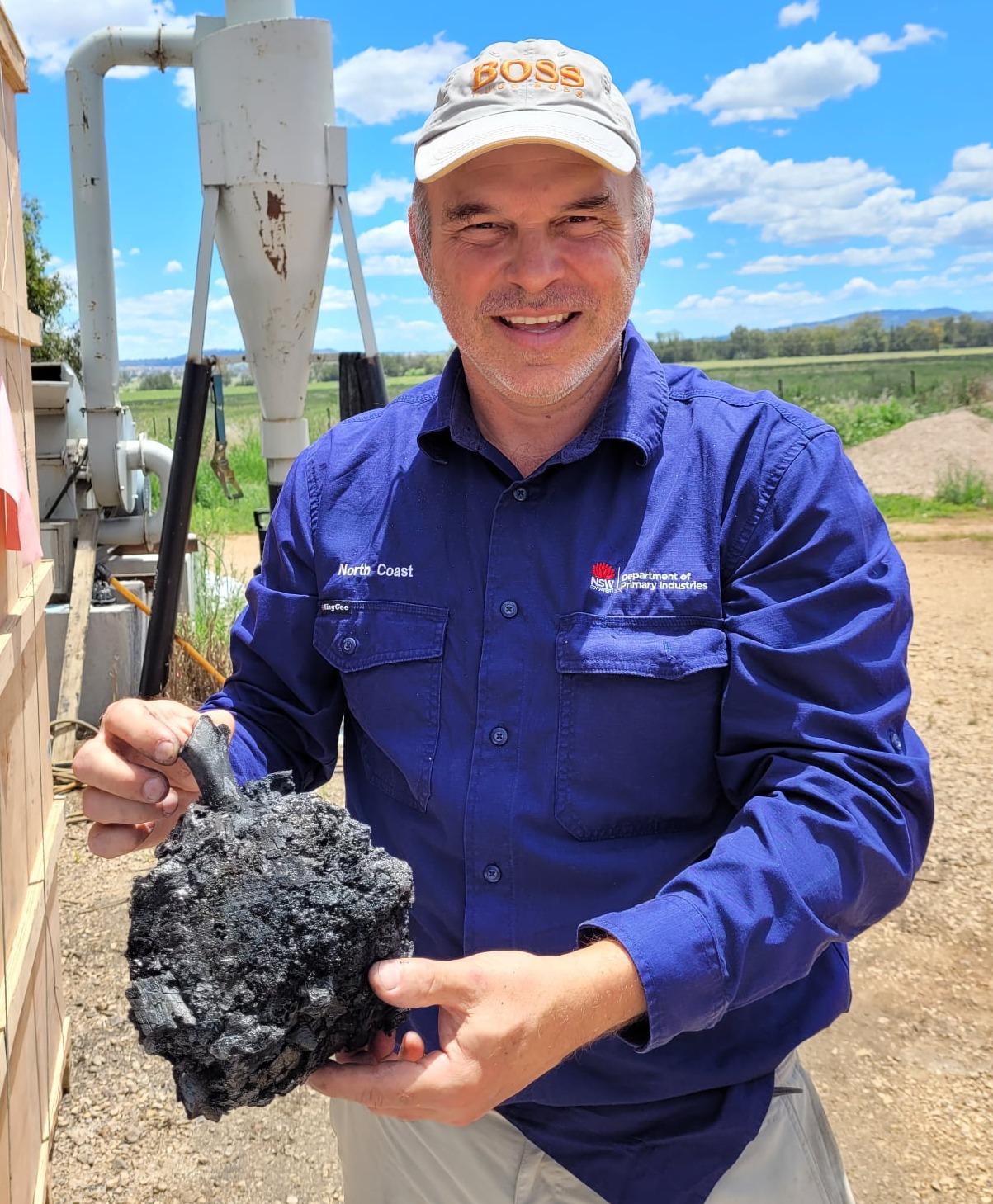 The study conducted at Wollongbar Primary Industries Institute tested the characteristics of the biochar produced as a result of heating under low oxygen tension during the pyrolysis process.

“Pyrolysis has the potential to be used as an alternative method of carcass disposal during emergency animal disease responses by safely removing the pathogen but, more importantly, allowing the remains to be reused for another purpose,” she said.

“While we’re examining pig carcasses for this project, it could be used in any agricultural setting, such as diseased oyster shells. However, its suitability will vary depending on the nature of the outbreak, disease type and scale.”

Researchers sourced a pre-existing batch kiln that could withstand the extreme temperatures used in the pyrolysis method and added a thermal oxidiser which significantly reduces any air pollution emitting from the burning carcasses. 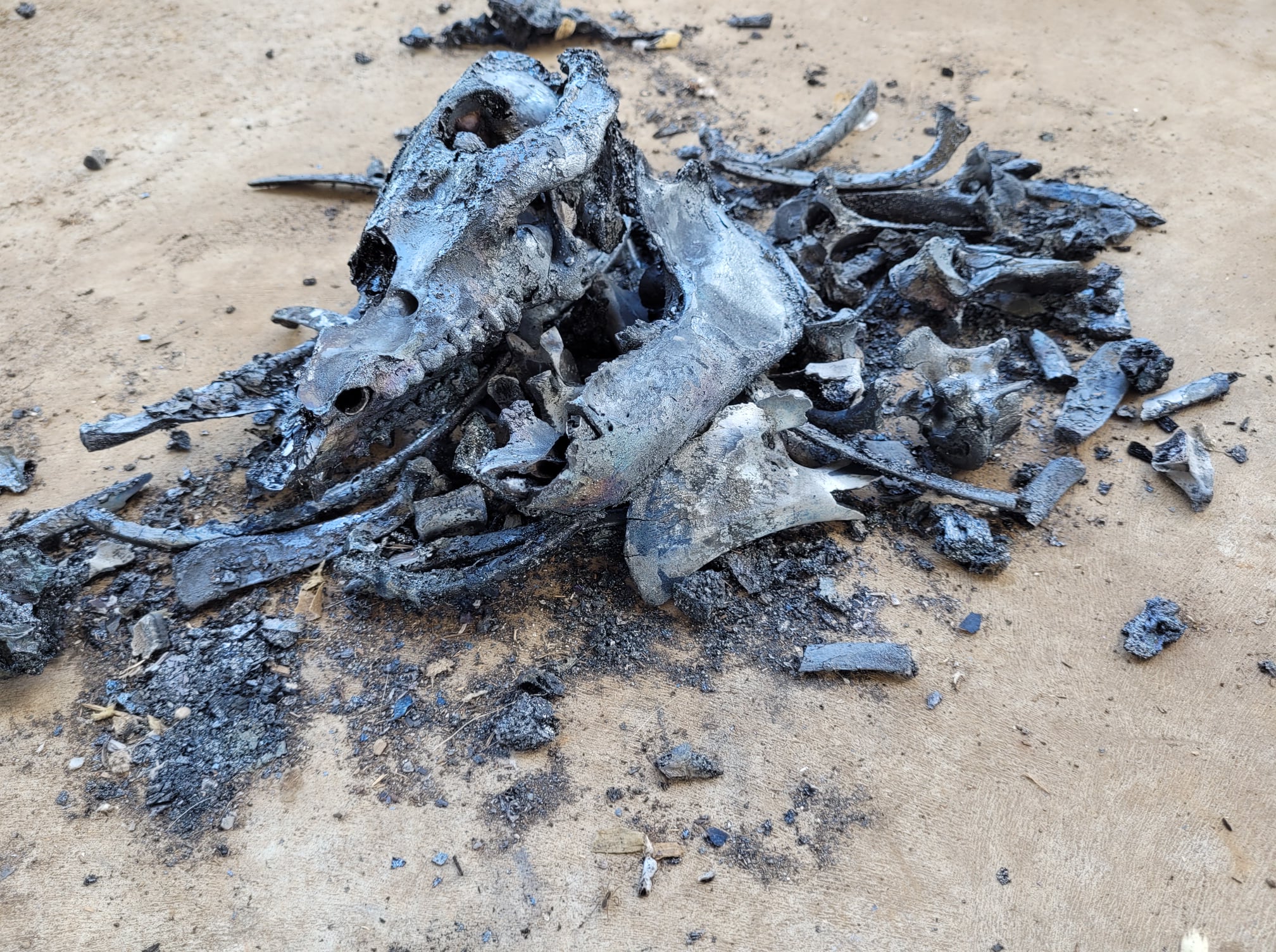 During the trial, temperatures reached over 450 degrees, the point at which most pathogens are killed, and the remains of each animal were reduced to a charcoal-like matter called biochar, a beneficial substance for soil improvement.

Samples of the charred products were then sent to the New South Wales Animal and Plant Health Laboratory (APHL) for analysis.

“So far, this trial revealed many positive attributes of the biochar, including an acid neutralising capacity, making it agronomically viable in acidic soil, it showed very low levels of contaminants, and contained an important quantity of macro and micronutrients, meaning it could potentially offset the use of chemical fertilizer,” Ms Bolin said.

“We wanted to demonstrate that pyrolysis can effectively treat pig carcasses by eliminating significant pig pathogens, but we also want to provide evidence that the end-product is environmentally sustainable and suitable for either safe disposal or re-use on agricultural land. So far, it’s looking positive.”

What is pyrolysis?
Pyrolysis is the heating of an organic material, such as biomass, in the absence of oxygen. Biomass pyrolysis is usually conducted at or above 500 °C, providing enough heat to deconstruct the strong biopolymers mentioned above. In this project, at 450 degrees, dangerous pathogens are killed.

What is a thermal oxidiser?
A thermal oxidiser (also known as a thermal incinerator) is a process unit for air pollution control in many chemical plants that decomposes hazardous gases at a high temperature and releases them into the atmosphere.

What is Biochar?
Biochar is a fine-grained charcoal made between 600–1000 celsius through the method of pyrolysis. This product has been found to significantly improve soil.

How will this benefit the NSW agriculture industry?
This method will not only provide an environmentally safe way of disposing of animal carcasses, especially during a disease outbreak, but will also provide growers and producers with an end-product called biochar that can improve their soil. Adding biochar to garden soil replenishes nutrients, retains moisture and reduces greenhouse gas emissions.Studies have shown that biochar would potentially offset the use of chemical fertilizer, thereby financially benefiting the grower or producer.

How biochar works, and when it doesn't: A review of mechanisms controlling soil and plant responses to biochar