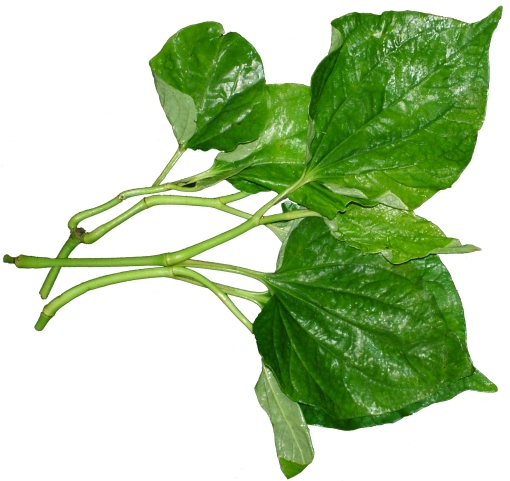 A native plant to Vietnam and Thailand, la lot is related to black pepper.  It is sometimes called “betel leaves”.  However, it should not be confused with Piper betel, the leaves of which are chewed with “betel nut” (actually the seed of a palm) and lime as a stimulant in parts of South East Asia and Papua New Guinea.

La lot is somewhat pungent and spicy in flavour with a more delicate texture than P. betel. In countries such as Thailand, Malaysia and Laos it is used raw sliced into salads.  It is also steamed as a vegetable or often used as wrappers for small snacks.