When is habitat not fish-friendly? 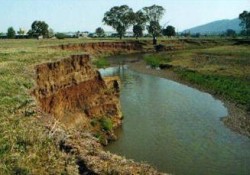 When fish can't move up- or downstream

Weirs, floodgates, and poorly designed road crossings can prevent fish from moving upstream and downstream for feeding, shelter, and spawning. 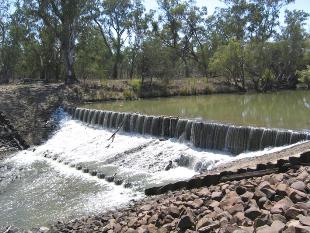 Boomi Weir - an example of a barrier that prevents fish from migrating. Photo: C. Jenkins

When wetlands are drained

Drained wetlands result in the loss of valuable nursery grounds for fish.Over-drainage can increase the exposure of acid sulfate soils and contribute to the discharge of poor quality water into our rivers and estuaries.

Uncontrolled stock access can cause bank erosion and increase the nutrient input into our waterways resulting in algal blooms and sedimentation. 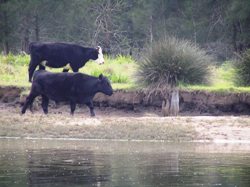 When snags are removed from the water

Snags provide shelter, protection and spawning sites for a range of native species. This creek still has snags available for fish to use. Photo: C. Jenkins