Cape Banks Aquatic Reserve is located on the northern headland of Botany Bay and extends along the whole foreshore from the bridge at Cape Banks to the Endeavour Light at Henry Head and 100 m seaward from the mean low water mark. It covers an area of approximately 20 hectares.

A range of rocky intertidal habitats occur at Cape Banks, including platforms, crevices, rock pools, boulders and cobbles, resulting in a diversity of intertidal marine plant and animal communities.

The reserve is surrounded by the Kamay Botany Bay National Park and the NSW Golf Course, which provide a substantial buffer from human influences and ensure the naturalness of the reserve is maintained.

Established as a marine research site in the 1940's, Cape Banks has been one of Australia's prominent and world-recognised sites for marine research on intertidal invertebrates.

In this reserve it is prohibited to collect cunjevoi or any marine invertebrates except abalone and rock lobster. For example you cannot collect anemones, barnacles, chitons, cockles, crabs, mussels, octopus, oysters, pipis, sea urchins, starfish, snails and worms, whether they are dead or alive. Empty shells cannot be collected in the reserve because they provide homes for living organisms. Marine vegetation cannot be collected except for sea lettuce and bait weed.

Please report illegal or suspect fishing activities to your nearest Fisheries Office or use the Fishers Watch Phoneline on 1800 043 536. 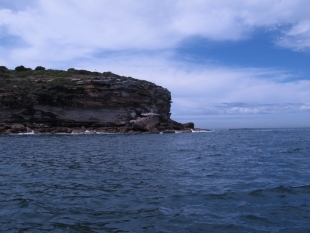 The rocky cliff of Henry Head marks the eastern end of the reserve. Photo: Renata Pronk. 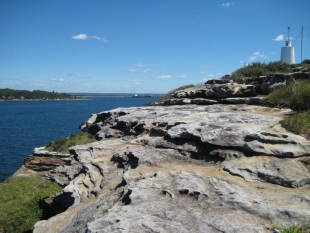 The Endeavour Lighthouse at Henry Head is still active and was named after Captain Cook's flagship which first sailed passed this headland into Botany Bay. Photo: Renata Pronk. 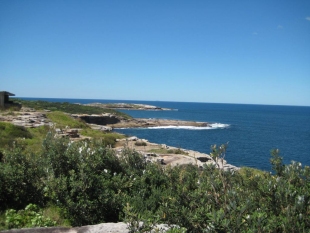 Cruwee Cove provides some protection from the ocean swells, and the rocky shores are adorned with invertebrates. Photo: Renata Pronk.