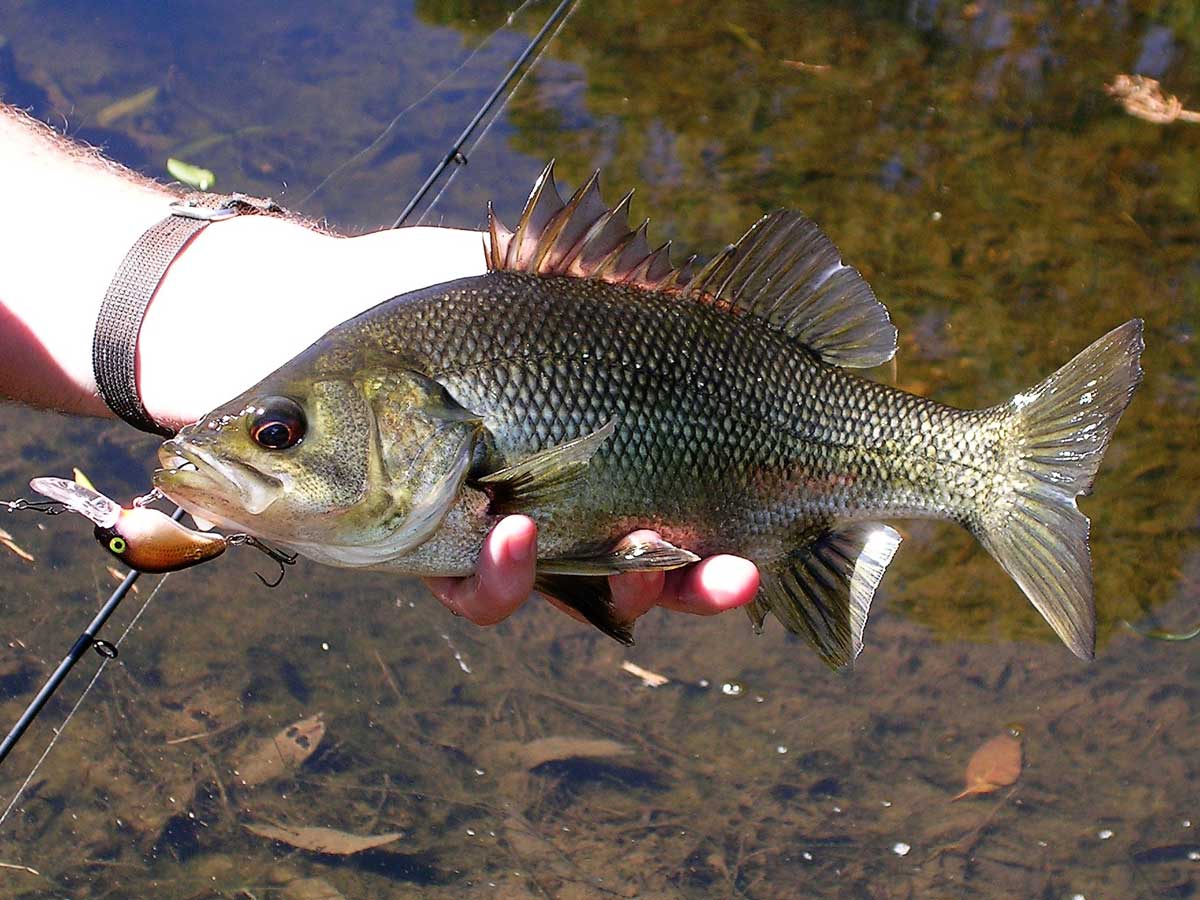 During 2013-14, another state-wide survey was conducted (PDF, 2396.3 KB) enabling us to measure changes in the recreational fishery that occurred since the NRIFS.

Both surveys provided state-wide and regional assessments of participation, effort and catch for recreational fishing done in NSW. Regular assessment of motivational factors, opinions and satisfaction levels of recreational fishers were also obtained during these surveys.

How do we collect the information? The RFMP Research Surveys uses a Telephone-Diary Survey method to collect information on recreational fishing in NSW. This method is widely accepted as the most cost-effective means to collect robust representative information on recreational fisheries over large spatial scales and has been used successfully in previous national and state-wide surveys in Australia and overseas.

This method involves an initial phase where trained interviewers screen thousands of randomly-selected long-term (1 & 3 year) recreational fishing licence (RFL) holders, which provides a representative sample of recreational fishers for participation in the survey. These fishers then keep a simple diary of their fishing activity, which is recorded by trained interviewers during regular telephone conversations. Information is collected on what is caught, how many people go fishing, how often and for how long, as well as fishers’ opinions, attitudes and motivations related to recreational fishing.

These ongoing Recreational Fishing Research Surveys are done every second year (biennially) with the first survey being completed in 2017/18. The 2021/22 survey is currently underway. These surveys provide high quality data to compare catches over time and assess trends in recreational fishery performance on a state-wide basis. In 2019/20, there were more than 430,000 current NSW long-term RFL holders. From these, nearly 2,000 were initially screened for participation at random, of which more than 1,300 completed the 12-month survey reporting their household’s fishing information from approximately 7,400 fishing events.

The survey found that state-wide, fishers within active RFL households fished for an estimated total fishing effort of 1.7 million fisher days. More than 85% of fishers were NSW residents, with the remainder being residents of the ACT, Queensland or Victoria.

Three quarters of all fishing occurred in saltwater, primarily in estuaries (49%) followed by inshore and offshore marine waters (26%). The majority of freshwater fishing took place in rivers (16%) with less occurring in lakes and dams (9%).

Almost half (47%) of the individual organisms caught were subsequently released, with release rates varying considerably by species. 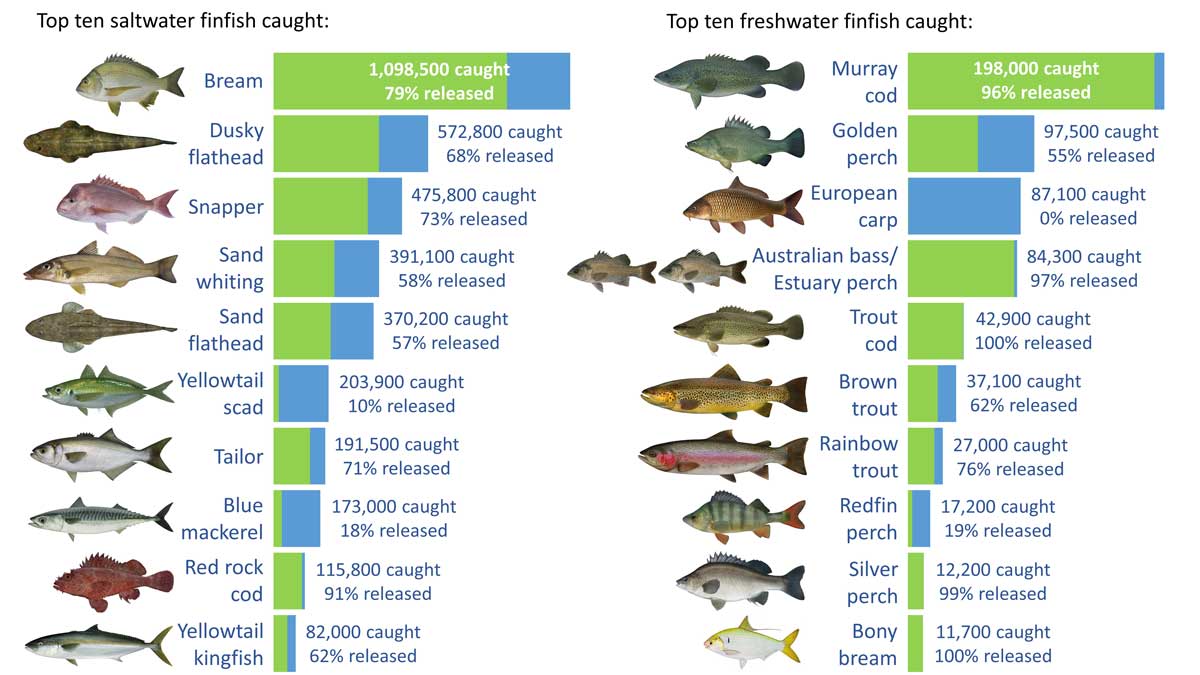 Where do recreational fishers fish – and what did they catch? 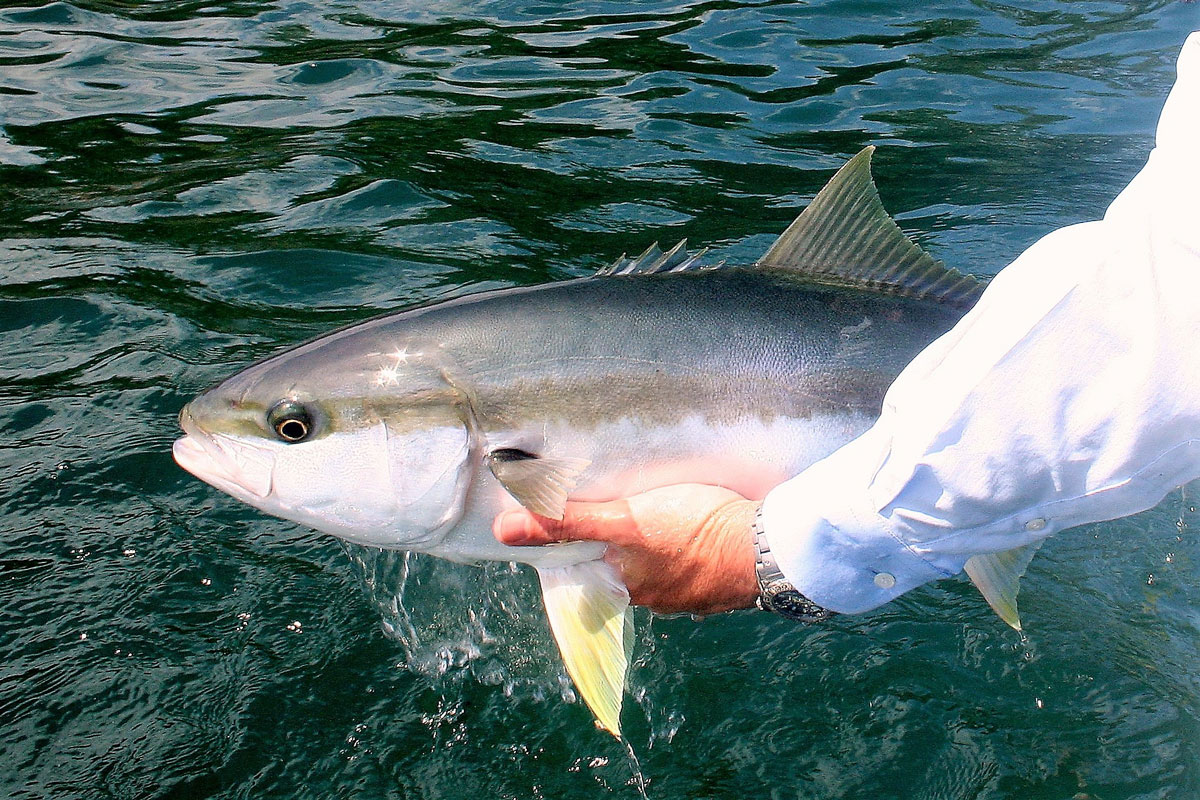