Look out for lumpy skin disease Lumpy skin disease (LSD) is a highly infectious viral disease that affects all breeds of cattle and water buffalo. It does not affect other types of livestock or humans.

LSD is primarily spread by biting insects. Insects such as mosquitoes, biting flies and possibly ticks mechanically transfer the virus. It can also be spread through direct contact between animals via secretions and excretions. Contaminated feed, water, vehicles and iatrogenic means (for example, repeated use of needles on different animals) can all spread the disease.

In addition, LSD may be shed in semen and may be present in milk of infected animals.

LSD is an exotic animal disease and Australia currently maintains a disease-free status for LSD.

The geographical distribution of LSD has been rapidly expanding through south Asia in 2021. In March 2022 Indonesia reported cases of lumpy skin disease on the island of Sumatra.

We are now on high alert for spread of the disease to Australia from the region.

An incursion of LSD would have severe negative animal welfare and economic implications along with substantial trade impacts.

Who do I call?

Lumpy skin disease is a national notifiable disease which means an animal showing suspect signs of the disease must be reported to a Local Land Services District Veterinarian (DV) on 1300 795 299 or the Emergency Animal Disease Watch Hotline on 1800 675 888. 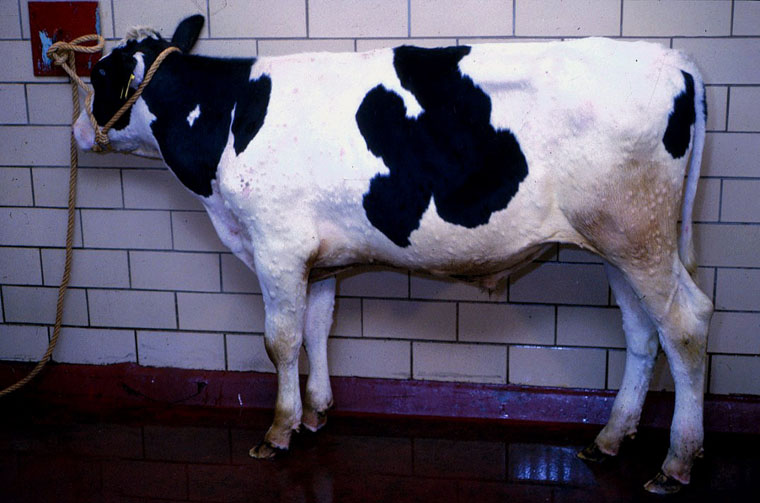 Animals infected with the disease present with fever, depression, and characteristic skin nodules.

Once in a herd, the disease is very difficult to eradicate due to subclinical infections and the presence of insects capable of spreading the virus.

7-10mL/animal of serum and EDTA from a least 10 live, clinically affected animals and 10 in contact animals.

Fresh and fixed tissue from characteristic skin lesions as well as internal lesions if present and regional lymph nodes.

Biting flies and mosquitoes as well as ticks play a major role in spreading LSD between animals on the farm and between farms.

The best way to protect your cattle is by developing and implementing an integrated insect management plan. This involves targeting all stages of the stable fly and mosquito life cycles to break the breeding cycle.  It also needs to consider tick control.

For more information on vector control for cattle, refer to: