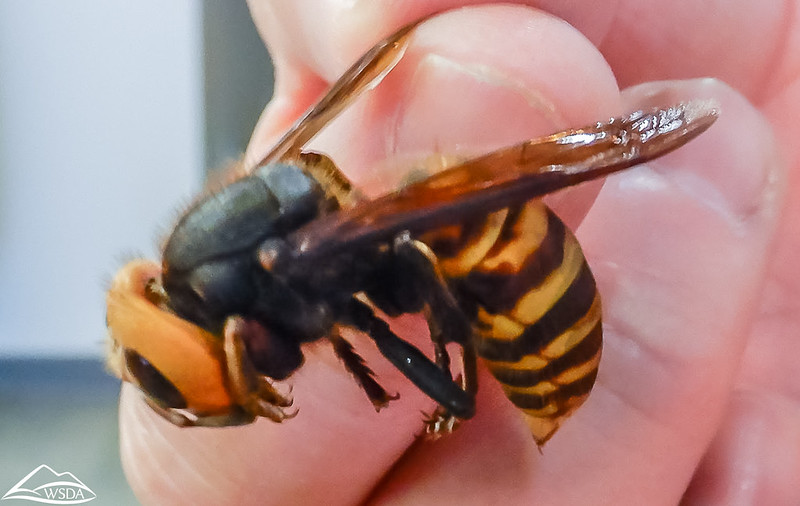 Include a photo of the insect as part of your report.

Giant hornets are a social species and typically chose a nest site in enclosed spaces built by the queen.

Asian giant hornets are native to eastern Asia, India and Nepal and are primarily found in mountainous areas.