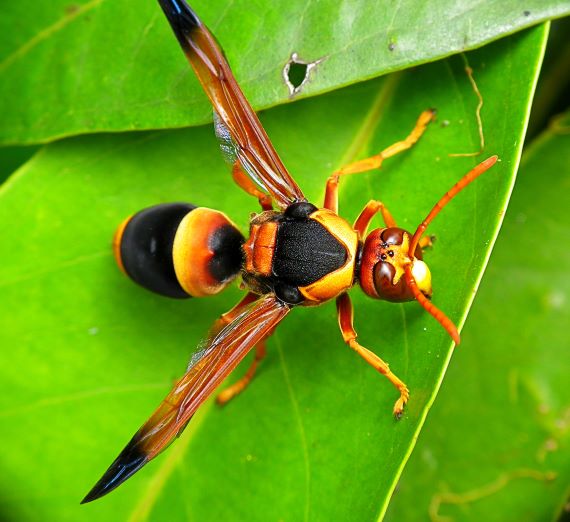 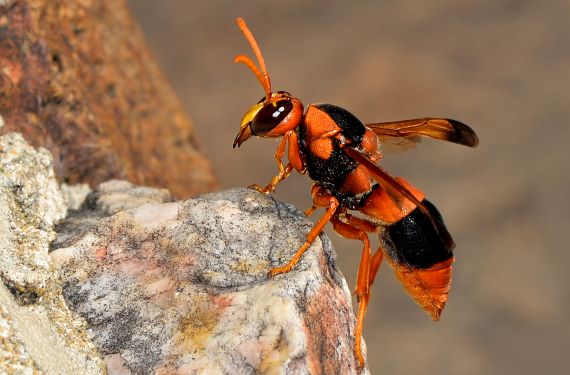 There are a number of species of potter wasps found on the mainland of Australia and New Guinea. These species do not need to be reported.

Australia has a number of potter wasp species, for example; Paralastor spp. and Abispa spp. However the most common potter wasp that is commonly mistaken for the exotic Asian hornet or the Asian giant hornet is the Australian hornet (Abispa ephippium). This is a species of potter wasp that has a common name not true to its species name. It is approximately 30 mm in length and has a yellow/orange head, antenna and legs with a black thorax and yellow/orange triangle patches on the sides of the thorax. Their abdomen is segmented with yellow/orange and black banding and they have a black patch at the tip of their wings.

Potter wasps are a solitary species and build nests made out of mud or make their nests underground or in existing holes. They feed on flowering nectar and search for caterpillars to feed their larvae.

Potter wasps are widespread throughout Australia.

Potter wasps are a part of the Australian ecosystem and play an important role in pollination services and population control.