Over 45,000 fish and invertebrates seized including:

Over 3100 items of fishing gear/equipment including:

An operation targeting the illegal harvesting of invertebrates in Sydney over the 2014 Australia Day long weekend resulted in the seizure of more than 3000 invertebrates and almost $15,000 in penalty infringement notices handed out.

Four men were observed spearfishing at 11.30pm with the aid of lights on February 13 2014 at Hat Head. Fisheries Officers approached the men as they exited the water, and when questioned, the men, admitted to spearfishing a quantity of fish and an under-size mud crab in the creek, with the aid of lights. The men were issued a range of sanctions including $1,200 in Penalty Notices for spearing in waters closed to spearfishing and use of a spear gun aided by lights in any waters for the purpose of taking fish. A quantity of speared fish was seized, including a prohibited size mud crab. Officers also seized the offenders’ three spear guns and one hand spear.

A commercial fisher was apprehended and had his vehicle and boat seized after undercover fisheries officers observed him and another person allegedly fishing illegally for eels in the State’s Hunter Valley. Fisheries Officers allegedly witnessed a 49 year old commercial fisher and a 45 year woman using and setting six eels traps on private properties in the Maitland and Singleton areas. The pair were apprehended and had a number items seized including their vehicle, a canoe, six eel traps, a live storage tank and 42 longfin eels. The pair will appear in a local court on a number of charges.

Numerous inland operations were conducted during 2013-14: 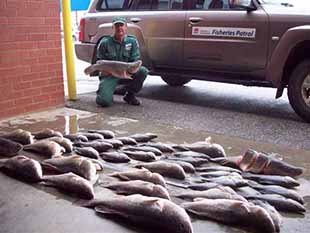 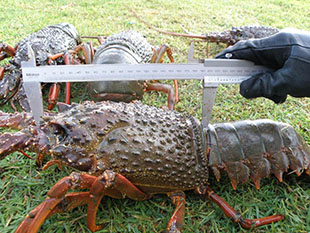 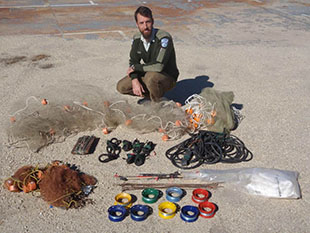 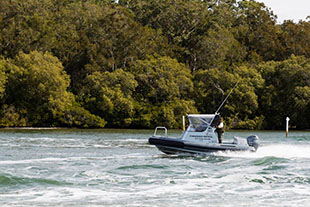