The maps below show the distribution of the three marlin species tagged under the DPI Game Fish tagging Program over the last five years (1/7/10 – 30/6/15). Tagging is dependent on availability of fish and fishing effort, however the maps serve to demonstrate the habitat preference of the different species around Australia.

Adult Black Marlin form a spawning aggregation at the northern end of the Great Barrier Reef each spring. Juvenile black marlin, found off northern Queensland in winter, undertake an annual migration southwards along the east coast in association with the East Australian Current (EAC). The EAC carries warm water from the tropics down the east coast and varies in strength year on year. The migration of juvenile black marlin often gets to the central coast of NSW by summer and may even extend into the south coast of NSW by late summer if the EAC is particularly strong. Black marlin tend to be the most land-associated of the billfishes and prefer waters on or near the continental shelf during most of its life cycle. 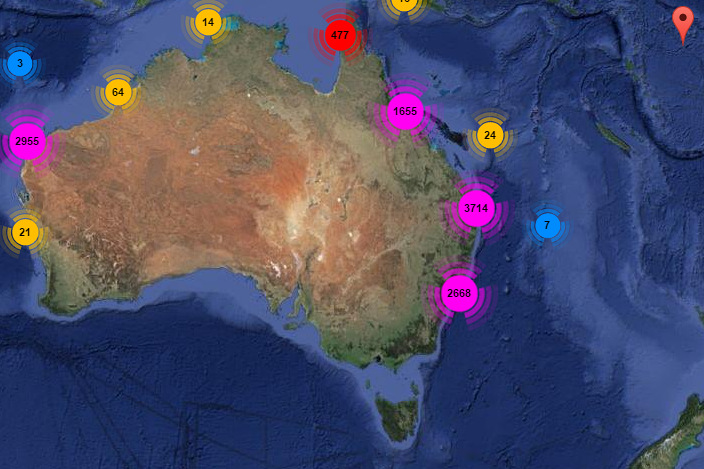 Blue Marlin are the most tropical of the Marlin species as well as the most oceanic. They tend to be found near islands or in the open ocean and are not strongly associated with the continental shelf. Blue Marlin are the least tagged species of marlin, presumably due to their habitat preferences, keeping them away from most recreational fishing effort. The most consistent fishery in recent years appears to be the Gold Coast area, although places such as Coffs Harbour and Port Stephens can have relatively good catch rates in the summer/ autumn months. 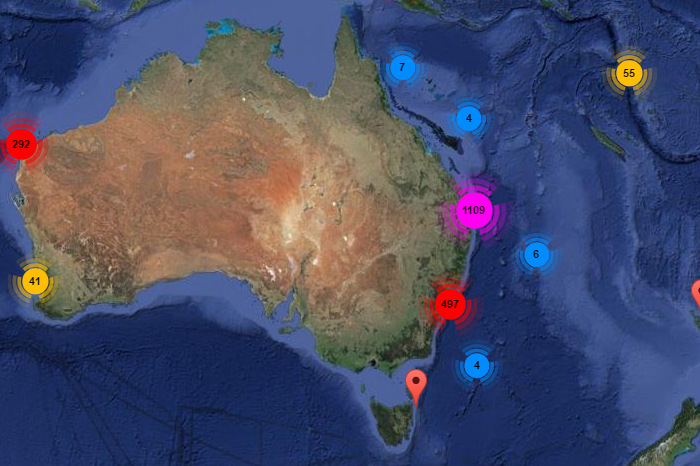 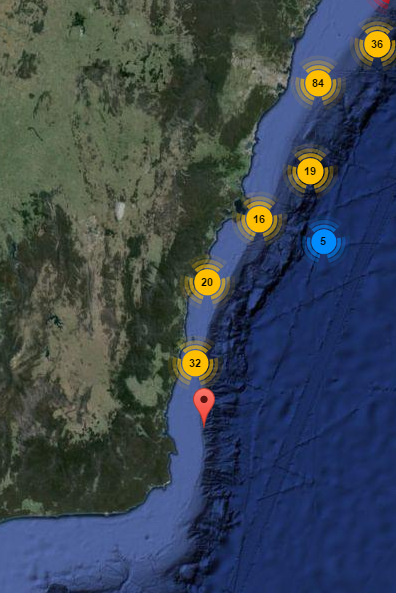 Striped Marlin prefer cooler water temperatures of the three species (20-25oC) and are therefore found most in the southern half of Australia, with fishing hotspots extending from Coffs Harbour down to Eden. Striped Marlin aggregate along the edge of the continental shelf during the summer/ autumn months and are strongly associated with the large schools of baitfish that gather during this time. Particular hot spots for Striped Marlin are Port Stephens, Jervis Bay and Bermagui, although this changes from year to year and is again strongly associated with the strength and penetration of the EAC. 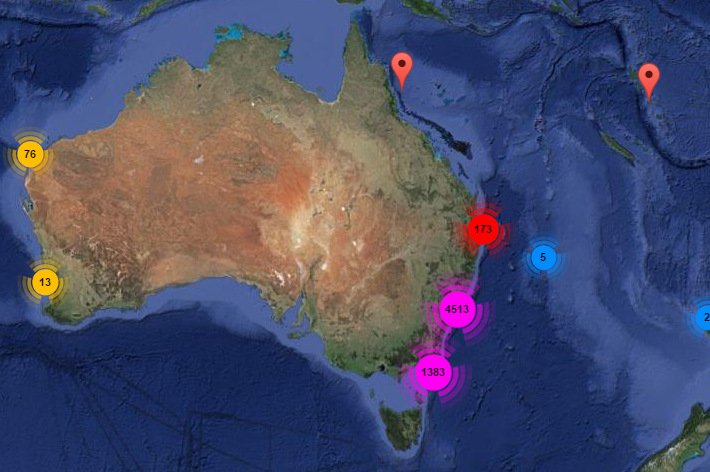 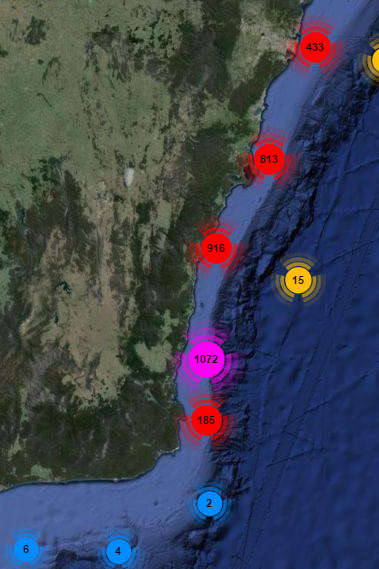