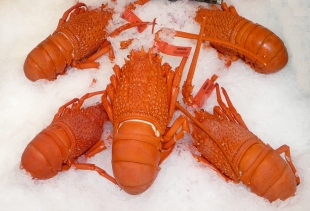 The NSW Lobster Fishery is a small but valuable fishery, with a GVP of approximately $12 million for the 2020/21 fishing period.

The Fishery extends from the Queensland border to the Victorian border and includes all waters under jurisdiction of NSW to around 80 miles from the coast.

A comprehensive Fishery Management Strategy (FMS) has been prepared for the Lobster Fishery and was approved by the Minister in February 2007. The strategy includes a description of the fishery and the management arrangements that apply or are proposed. Before the strategy was finalised, a draft strategy was subject to a formal environmental impact assessment process under the NSW Environmental Planning and Assessment Act 1979. The Environmental Impact Statement was publicly exhibited in December 2004 to February 2005.

Commercial fishing of the target species, eastern rock lobster in NSW is controlled through a quota management system. The quota management system was introduced in July 1994 following recommendations made by the Rock Lobster Steering Committee, as a means of controlling fishing effort in the lobster fishery.

A Total Allowable Commercial Catch (TACC) is set each year by the statutory and independent Total Allowable Fishing Committee. The TACC is proportionately allocated to shareholders on the basis of their shareholding in the fishery.

There are currently 9621 shares held by 99shareholders in the fishery (as at 1 August 2021) and some shareholders also hold endorsements in other NSW commercial fisheries.

The earliest records of NSW landings of the rock lobster speciesSagmaraisus verreauxi (formerly Jasus verreauxi) show the fishery dates back to 1873. There was a significant increase in the number of commercial lobster fishers after the Second World War with the return of ex-servicemen. At that time the fishery was centred around the northern ports between Evans Head and Crowdy Head, near Taree.

Management strategies have been employed to control the taking of lobster since the fishery began, including:

For further information contact the Lobster Fishery Manager on 1300 726 488.

For detailed information on the Lobster Fishery, read: