Various programs are in place to manage the commercial harvest and handling of sharks in NSW. One of these involves a 500 kg weekly limit applying to specified species of shark in the in the NSW Ocean Trap and Line Fishery along with an annual notional competitive TAC of 85.9 tonnes. The fishing closure establishing these arrangements has been renewed with changes to the program to optimise industry self-compliance and reduce red-tape pending investigation into new electronic real-time reporting arrangements. 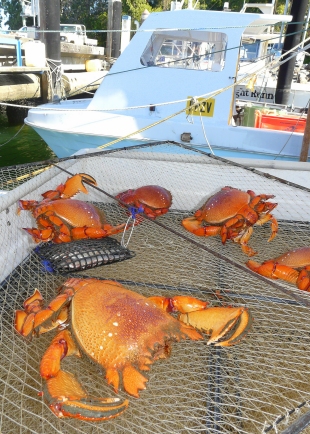 The Ocean Trap and Line fishery is a multi method, multi species fishery targeting demersal and pelagic fish along the entire NSW coast, in continental shelf and slope waters.

The fishery uses a variety of methods, most commonly involving traps or lines with hooks. The methods used in the fishery (and the key species taken by each method) include: demersal fish trap (snapper, silver trevally, rubberlip morwong and leatherjackets); setlines/trotlines (snapper and sharks); driftlines (spotted and Spanish mackerel, yellowtail kingfish, and sharks); hand-held line (mulloway, yellowtail kingfish and bonito); dropline (blue-eye and hapuku); trolling/leadlining (yellowtail kingfish, mackerel and tuna); and spanner crab nets, known as a 'dilly'.

Snapper is a highly sort after species that makes up approximately 12% of the total catch for the Ocean Trap and Line Fishery each year. This popular species is sold throughout NSW as fresh or frozen fillets or whole fish with the premium quality product able to fetch a high price.

The spanner crab is a highly regarded seafood product caught on the north coast of NSW. This species accounts for approximately 11% of the total Ocean Trap and Line Fishery catch each year.

A comprehensive Fishery Management Strategy (FMS) has been prepared for the Ocean Trap and Line Fishery and was approved by the Minister for Primary Industries in November 2006. The Strategy includes a description of the fishery and the management arrangements that apply or are proposed. Before the Strategy was finalised, a draft strategy was subject to a comprehensive environmental impact assessment process under the NSW Environmental Planning and Assessment Act 1979. The Environmental Impact Statement was publicly exhibited in March/April 2006.

Key changes to the management arrangements 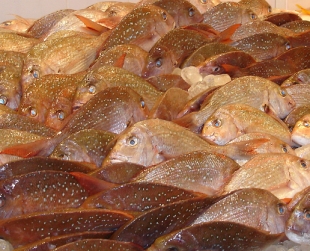 Some of the key changes that will be introduced as a result of the strategy include:

The fishery is currently managed by input controls which limit the fishing capacity of fishers by indirectly controlling the amount of fish caught. These controls include restrictions on the number of endorsements, the amount, design and dimensions of fishing gear, and the waters that may be worked.

The six types of Ocean Trap and Line endorsements in NSW ocean waters are listed below. They specify the methods that may be used and the waters in which fishing may be conducted.

Fishers in the Ocean Trap and Line Fishery are required to submit records on a monthly basis detailing their catch and fishing effort. The information collected assists in the ongoing monitoring and assessment of the status of fish stocks. The catch and effort information collected from commercial fishers has other critical roles in fisheries management including helping to understand patterns of fishing activities and the mix of species from targeted and general fishing operations.

Fishers are also required to report any interactions with threatened or endangered species during fishing operations. This information is a vital component of all fisheries and provides management with a better understanding of the impact commercial fishing may have on these species.

Fisheries officers are located in coastal and inland areas in NSW. They are responsible for coordinating and implementing compliance strategies. These strategies include:

During the 1860s, sail and oar boats were first reported to be line fishing (handlining) in the enclosed waters and nearshore reefs and headlands of Port Jackson. From 1908 onwards, long lines were used regularly to catch snapper, leatherjackets and morwong. This coincides with the development of steam, and later petrol-powered, engines.

Long lining and fish trapping in NSW pre-dates trawling and for many years were the main methods used to catch ocean dwelling fish.

In the 1930s, fishers began taking tuna by trolling methods. Poling became prevalent in the 1950s, and tuna fishing dominated trap and line activities in the state. By the 1960s and 1970s, larger boats and better engines helped the lining fleet to expand from close inshore operations to 100 nautical miles to sea. In 1991, the Commonwealth and NSW governments signed an Offshore Constitutional Settlement (OCS), giving NSW jurisdiction for all ocean trap and line fishing activities out to approximately 80 nautical miles offshore. Under the current OCS, tuna taken by longline and purse seine methods are managed by the Commonwealth.

The Ocean Trap and Line Fishery became a restricted fishery in 1997. Eligibility for endorsements in the fishery was assessed on historical participation and method criteria.