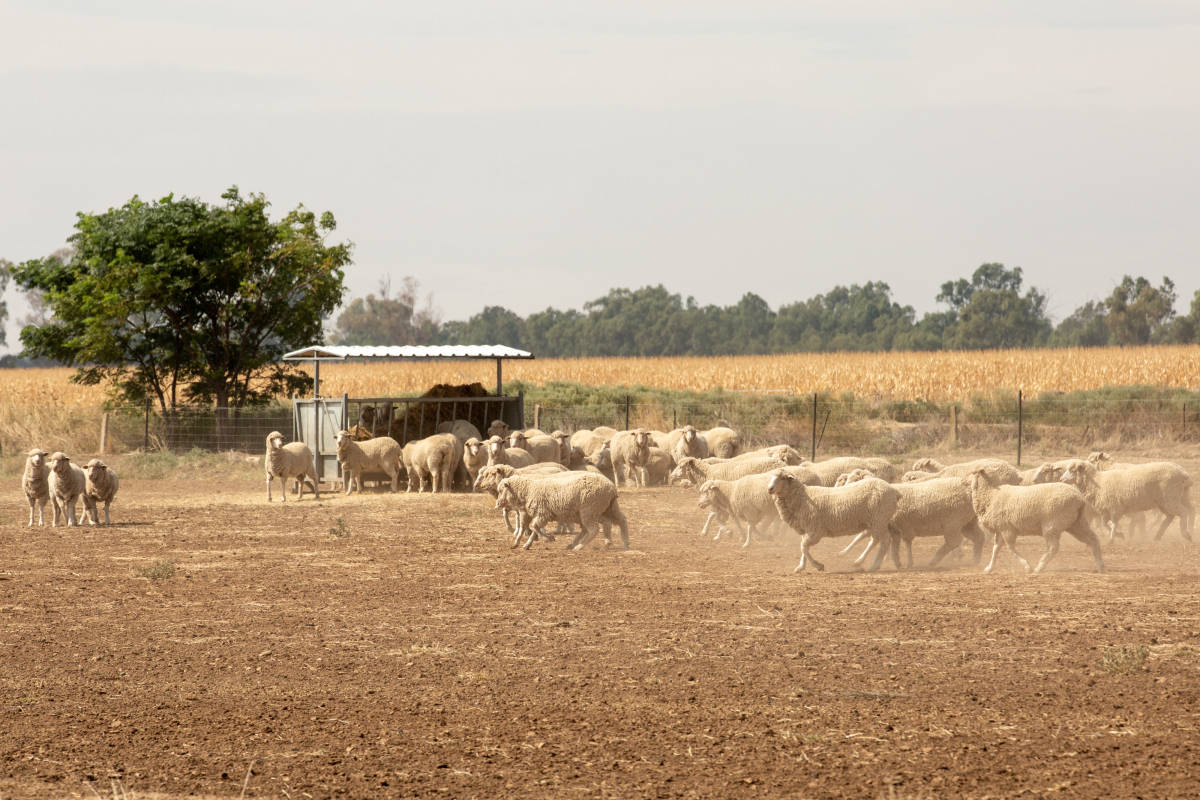 2019-20 was a year of mixed fortunes for NSW livestock producers. For the first half of the year producers worked under a cloud of dust and smoke from protracted drought conditions and devastating bushfires, with the cumulative impacts of low water availability and stock feed deficits continuing to challenge the resilience of many farm businesses. For intensive industries, very high feed costs impacted profitability. In the face of these challenges, the state’s livestock industries looked to 2020 to provide the seasonal and financial break needed to replenish low stock numbers and moderate input costs. Fortunately, autumn delivered a return to more favourable conditions for much of NSW, returning a feeling of optimism for many livestock producers. However, the global upheaval and economic uncertainty caused by the outbreak of COVID-19 in early 2020 will remain an ongoing challenge throughout 2020-21.

Parthenium weed invades pastures and crops and poses a significant biosecurity risk to NSW. Parthenium is widespread in Queensland covering an area of 18 million hectares in central areas of the state, causing millions of dollars in damage to livestock and cropping industries. To prevent this occurring in NSW, DPI encourages anyone who suspects they have seen parthenium weed to note the location and call the NSW DPI Biosecurity Helpline, 1800 680 244. 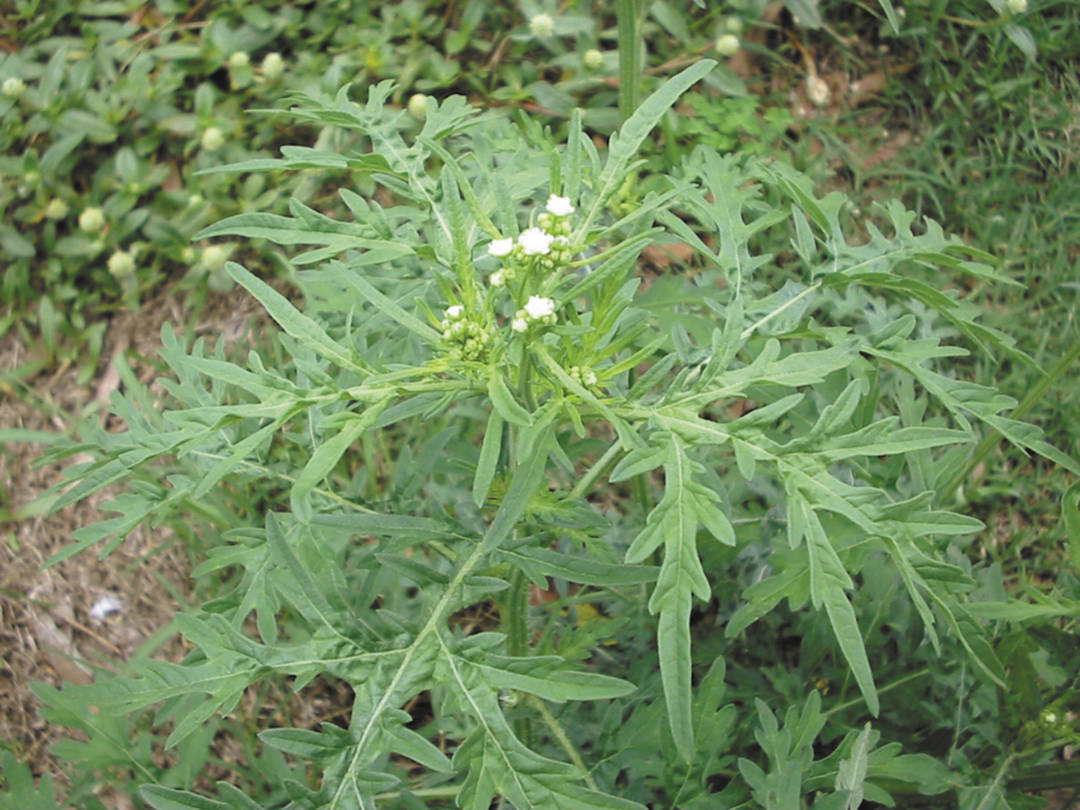 It was a tale of two extremes for seasonal conditions during 2019-20. Widespread drought conditions continued to impact NSW in the first half of the year, with the majority of the state receiving below average rainfall throughout the remainder of 2019. The NSW DPI Combined Drought Indicator (CDI) showed that 100% of NSW remained in one of the three drought categories right through until the end of summer 70. Widespread autumn rainfalls combined with above average temperatures, induced positive fodder crop and pasture growth in many areas of NSW. Despite this, there are regions of the state where the intensity of the drought remained severe, including parts of the far West, South East and Northern Tablelands. At the end of June 2020, 86.9% of the state remained in one of the three drought categories 70.

A lack of supply was the main limiting factor for almost every livestock sector and will likely remain an ongoing challenge, particularly for the beef, sheepmeat and pork, goatmeat and dairy industries. Overall demand for NSW meat protein remained strong, particularly in Asia, led by the lower currency and the global protein shortage created by African Swine Fever. The resulting competition between beef and sheepmeat processors and restockers saw cattle and sheep prices at or near historic highs with both the benchmark ESTLI reaching 962 cents per kilogram and the EYCI, a record 765 cents per kilogram in March 2020 115.

Global dairy prices were mixed, but competition for the significantly reduced local milk pool saw domestic farmgate prices reach record highs, averaging $8.55 cents per kilogram of milk solids, an increase of 21% on the 10-year average 54. The state milk supply responded positively to the improvement in seasonal conditions in early 2020, but annual production was still well-down on the average and the smallest volume in a decade 53.

Despite the gains in the sheepmeat market, the wool markets struggled due to weakened demand as a result of the COVID-19 outbreak with the EMI sliding 35% throughout the year to end at a low of 1,110c/kg 46. The reduction in demand was so significant that, even with the substantial reduction in supply, prices remained weak and many producers chose to hold back wool stocks on-farm rather than sell into the depressed market.

The pork and meat poultry industries continued to face very difficult operating conditions, driven by elevated feed prices and a COVID-19-related decrease in demand from the foodservice sector. The egg industry faced similar input-cost-related difficulties however, demand remained strong, driven by a surge in staple and panic-induced purchasing during the pandemic.

The short-medium term outlook for NSW livestock and livestock products industries into 2020-21 and beyond will be largely driven by the ongoing global response to the COVID-19 pandemic and the contraction of the global economy. The full impact of the outbreak is still yet to be realised for many industries and the ever-evolving social and economic climate is creating difficulties in predicting the full scale and nature of the impact on global demand, trade and supply. Changing consumer behaviours, increasing geopolitical disputes, and ongoing freight and logistics disruptions to supply chains will all influence how the livestock industry responds to and adapts to the ongoing impact of the pandemic. Overall, the demand for food staples is less likely to be affected than for products such as wool for which consumption is more closely related to income.

On the domestic front, drought recovery will dominate the sector in the short-term. Production will start to recover but with farmgate prices remaining inflated for most industries, this will provide a strong counter to restocking intentions. The growing discrepancy between domestic farmgate prices and global prices is a concern and one likely to reach a threshold in 2020-21 when prices will begin to ease. However, low global supply growth for livestock and livestock products, and the ongoing influence of African Swine Fever on the protein industry, will support export demand in the short-medium term. 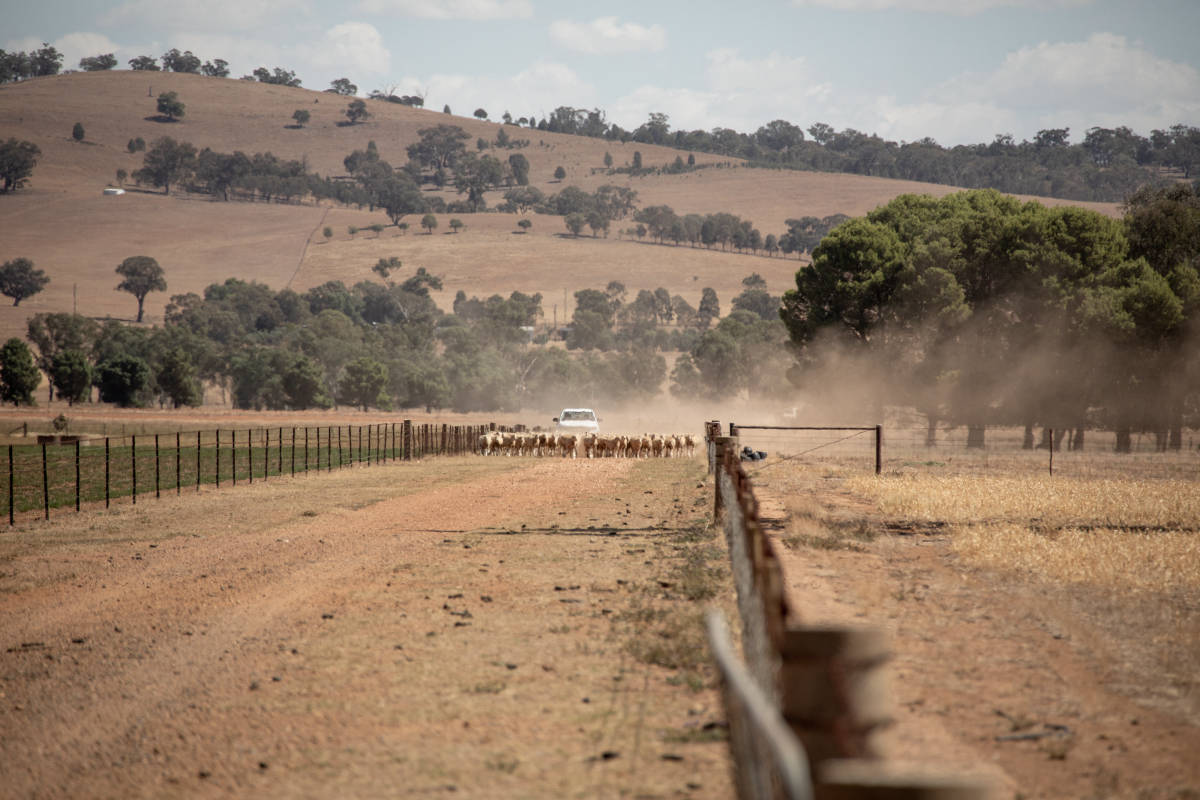