Nashi or Asian pears are totally different to the European pear, Pyrus communi. The Nashi are either Pyrus pyrifolia, P. bretschneideri or P. ussuriensis. They originate from eastern Asia, China, Japan and Korea. Most are compatible when grafted on each other, and will mostly cross-pollinate each other, if the flowering time is the same.

Nashi are a popular fruit with most Asian cultures, being extremely juicy but having a fairly bland flavour. They are used more as thirst quenchers rather than as a means of satisfying hunger. In addition to being popular as a fruit, they have some useful characteristics of shape and disease resistance. Nashi are used in pear variety breeding programs to develop more interesting pears.

The better varieties of Nashi or Asian Pears were introduced and released into Australia in: 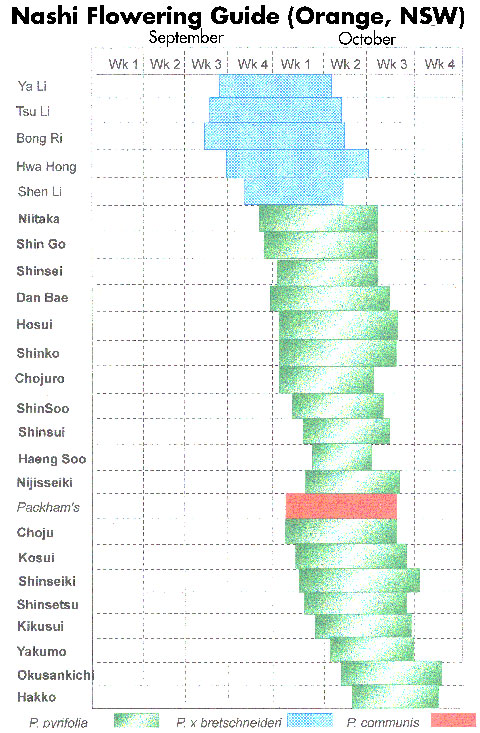 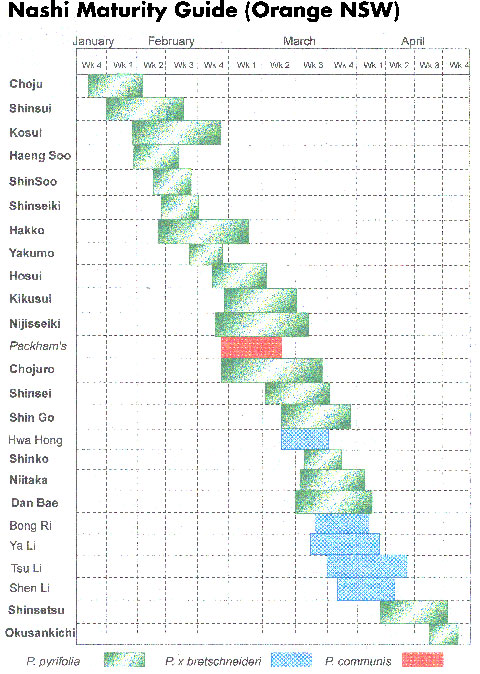 Since the first plantings in the early 1980s at Orange Agricultural Institute, none of these trees has had any fungicide sprays: