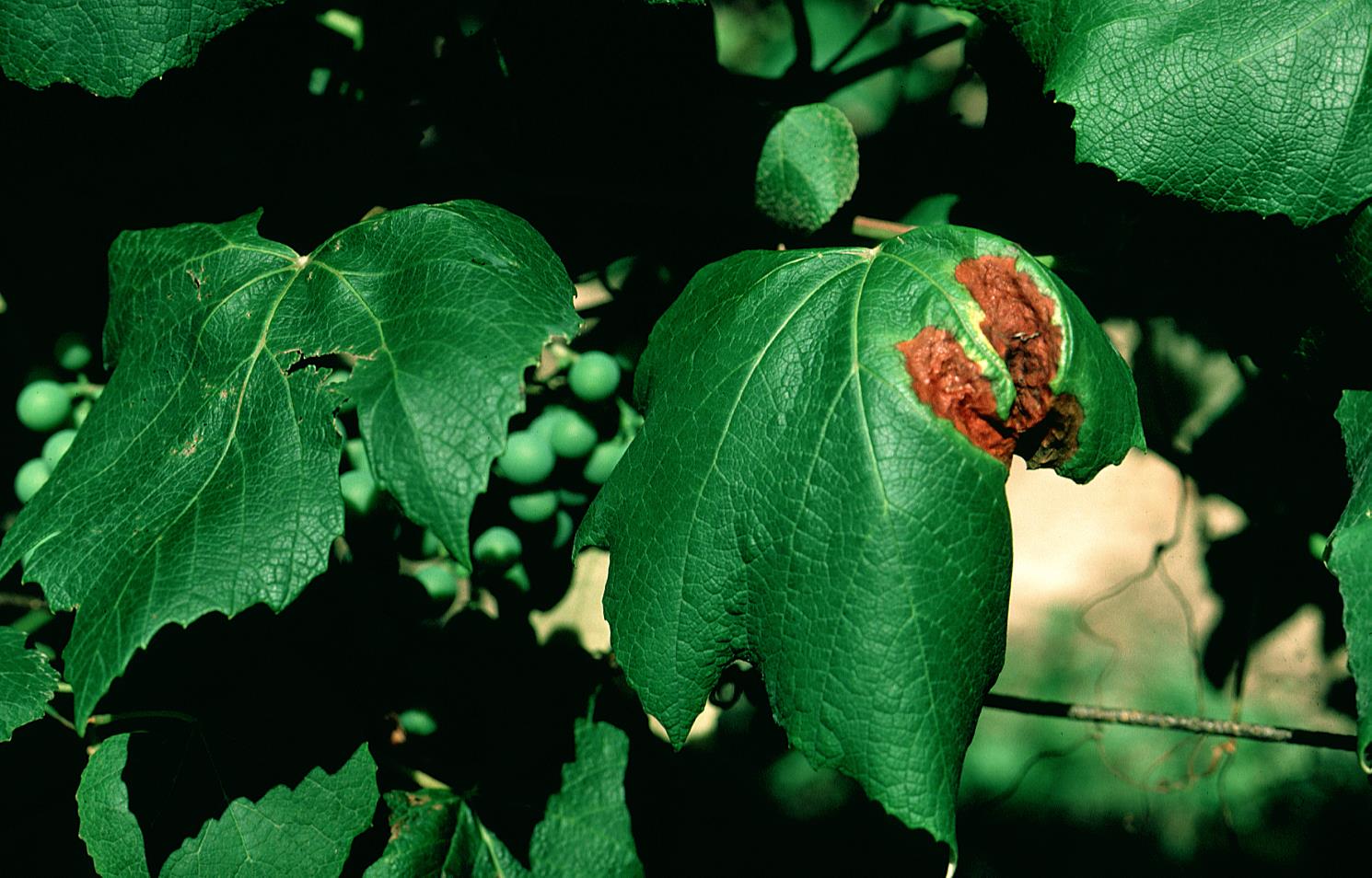 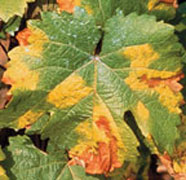 Pseudopezicula tetraspora is an exotic plant pest causing angular leaf scorch of grape, a fungal disease. This disease is a serious threat to Australia’s viticulture industry.

Pseduopezicula tetraspora is the American counterpart of the fungus P. tracheiphila that causes rotbrenner disease of grapevines found in the cool grape growing regions of Europe. The symptoms of both diseases are similar.

Pseudopezicula tetraspora is not a notifiable plant disease in NSW.

First symptoms of angular leaf scorch of grape are seen on the leaves.

Lesions first appear as faint, yellow spots and are most noticeable when the leaf is held against the sun. The secondary veins in these spots appear brown. As the spots enlarge they change from yellow to reddish brown and the leaf tissue dies (Figure 1).

The lesions usually have a yellow margin and are delimited by major veins (Figure 2).

On red grape cultivars such as Cabernet sauvignon and Pinot noir a red margin develops between healthy and diseased tissue.

Late season infections may look like freckled spots and can cause premature defoliation and early drying out of infected flower clusters.

In cases of severe infection most of the leaf may be killed. Infected leaves normally fall from the vine prematurely.

The fungus which causes angular leaf scorch survives winter in infected leaves on the vineyard floor.

During wet weather in spring fungal spores are released from last season’s infected and fallen leaves. Spores are spread by wind and water splash to new leaves and flower stems.

There is normally only one cycle of infection in spring from the overwintering fungus on the leaves. Occasionally after several consecutive days of constant rainfall, spores may be formed on the dead tissue of infected leaves still attached to the vine. These spores can cause secondary infections any time during the growing season if moist conditions persist.

Plants in the Vitaceae family (grapevine).

Angular leaf scorch is spread within the vineyard by water and wind borne spores.

Leaf trash is a possible source of long distance spread in harvested fruit or on machinery.

Angular leaf scorch is currently only known to occur in North America.