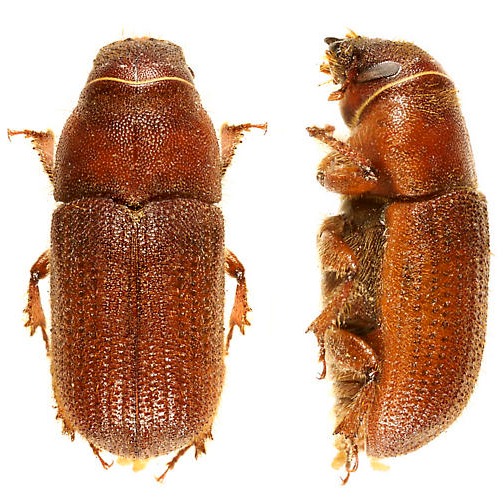 It attacks pine trees, including Pinus, Larix, Abies and Pseudotsuga.

Red turpentine beetle (Dendroctonus valens) is not a notifiable plant pest in NSW.

However, if you suspect Red turpentine beetle (Dendroctonus valens):

A full list of notifiable plant pests and diseases can be found in
Schedule 2 of the NSW Biosecurity Act 2015. 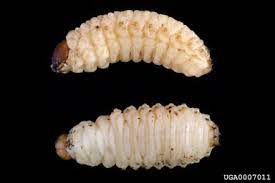 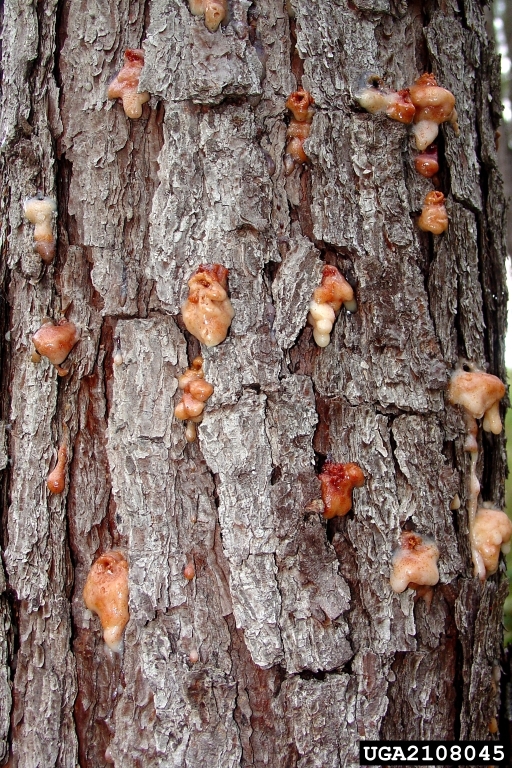 Early symptoms include the presence of red boring dust and frass which collects in the bark crevices or drops to the base of the tree (Figure 3.). Pitch tubes (resin mixed with frass) also form on infected trees (Figure 4.). The pitch tubes are usually found up to a height of three metres above the ground and can vary in size, texture and colour depending on the host species.

A pair of adult beetles will feed on the phloem, forming an egg gallery. Up to one hundred eggs are laid in an elongated mass along the side of the galleries. The larvae are gregarious, living in communal chambers within the phloem, often forming fan shapes with irregular margins as the larvae feed side by side in an irregular line. The galleries are not clean: they are usually packed with boring dust or frass.

Red turpentine beetle may be introduced to Australia as eggs, larvae or adults concealed within raw timber materials. This could include whole plant parts, timber for construction, timber packaging, wood chips or any other material produced from host trees.