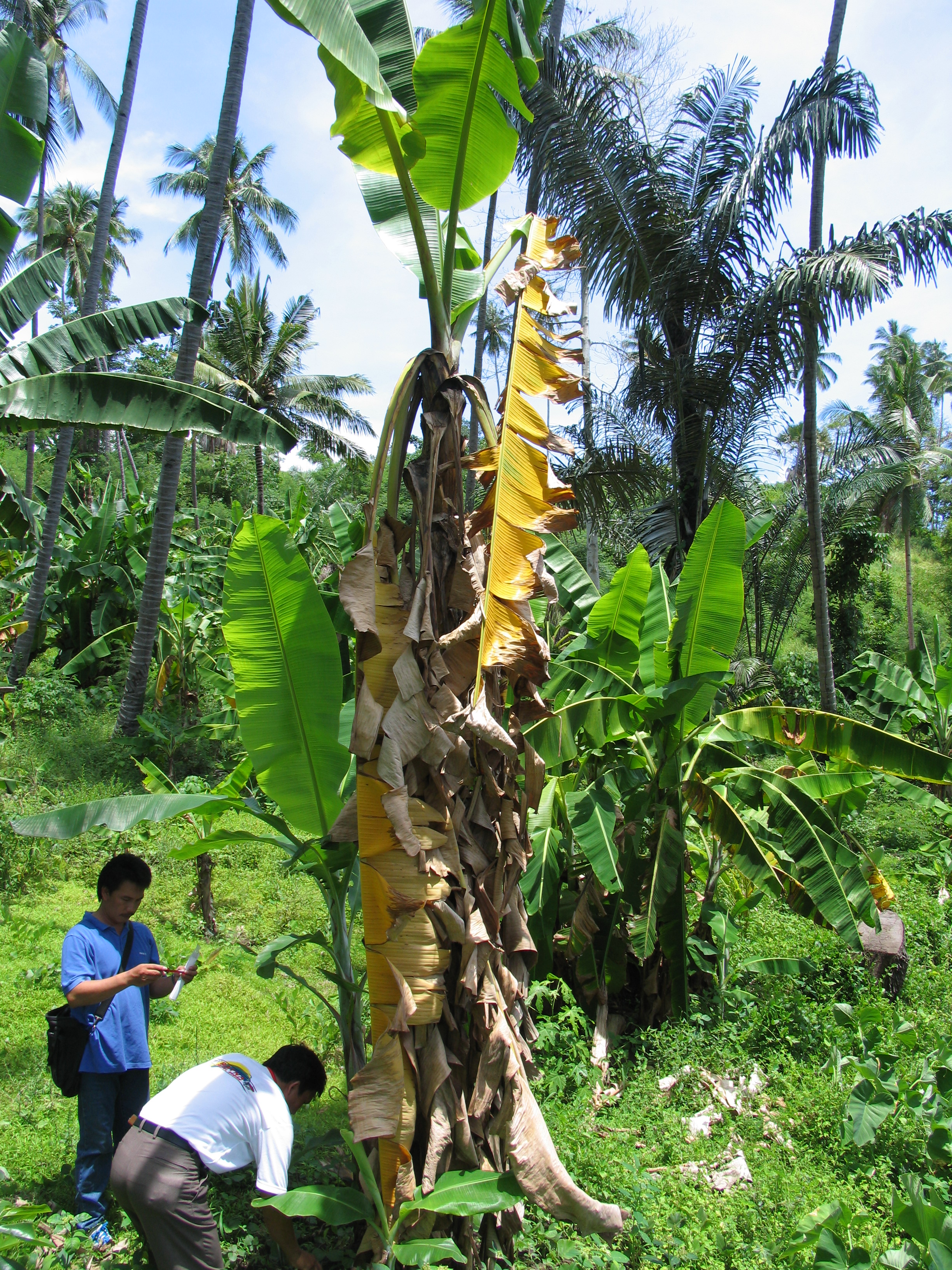 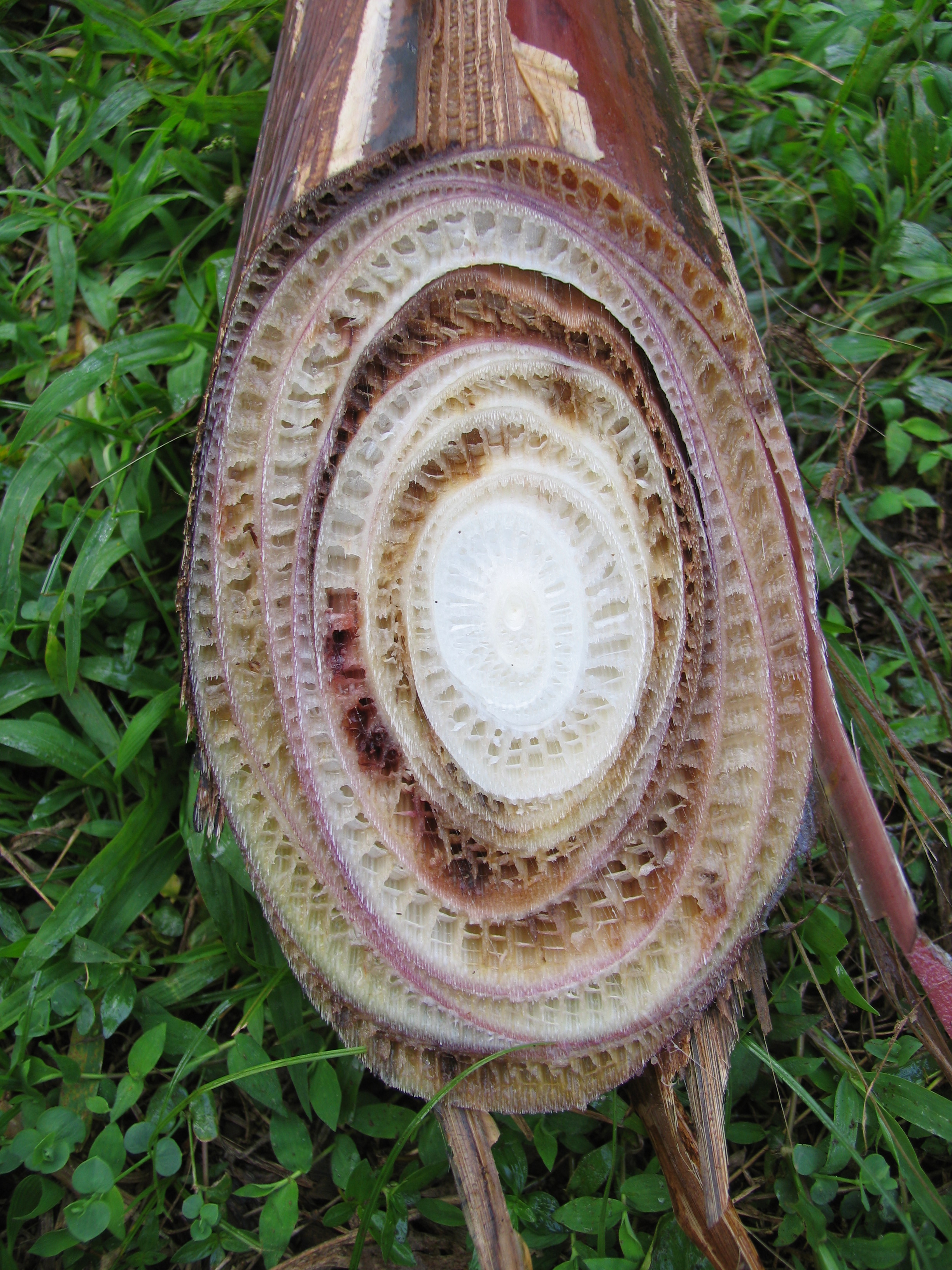 Panama disease is classified into four races, based on the variety of bananas susceptible to different forms of the disease:

There are two important strains of race 4:

A detection of Panama disease (tropical race 4) in 1997 effectively wiped out the Northern Territory’s Cavendish banana industry as the disease remains in soil for a long period of time.

The first external symptoms of Panama disease appear as yellowing on leaf margins of older leaves. This yellowing progresses from the oldest to the youngest leaves.

Leaves gradually collapse either at the petiole or towards the base of the midrib and hang down to form a skirt of dead leaves around the stem (Figure 1).

The youngest leaves are the last to show symptoms and often stand unusually erect giving the plant a spiky appearance.

Infected plants continue to grow and leaves which emerge are usually paler in appearance than those of a healthy plant. The leaf area of emerging leaves is smaller than healthy leaves and shows wrinkling and distortion.

Internal symptoms are characterised by vascular discolouration. Yellowing of the roots and corm progresses to form continuous yellow, red or brown discoloured vascular stands in the stem and bunch stalk (Figure 2).

The Panama disease fungus invades the banana plant through the roots. Panama blocks the vascular system, cutting off the supply of water and nutrients.

Banana plants of all ages are susceptible.

Dead plants leave behind spores that will infect any future plantings.

Panama disease has been reported in most banana producing countries around the world including Australia.

Panama Race 1 is found in northern NSW, south east and northern Queensland and in the Carnarvon district of Western Australia.

Panama Race 2 is present in northern NSW and north Queensland.

Panama Race 3 has been found in the Northern Territory.

Panama Tropical Race 4 has been detected in the Northern Territory and Queensland.

Panama Subtropical Race 4 has been found in northern NSW and south east Queensland.

Differentiation of the races of Panama disease requires laboratory diagnosis.

Panama disease can spread between adjacent banana plants by root to root contact and by the movement of soil and water infected with fungal spores.