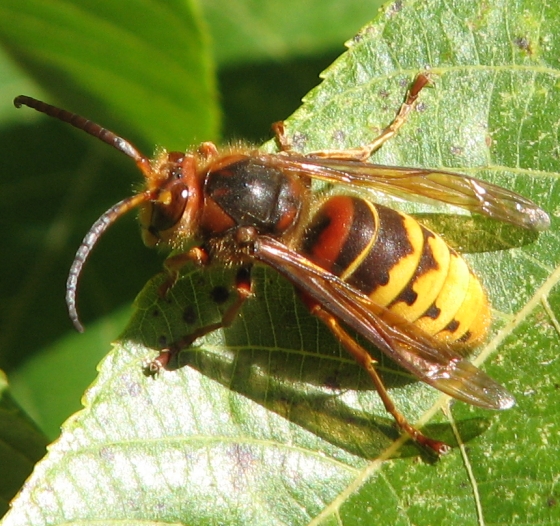 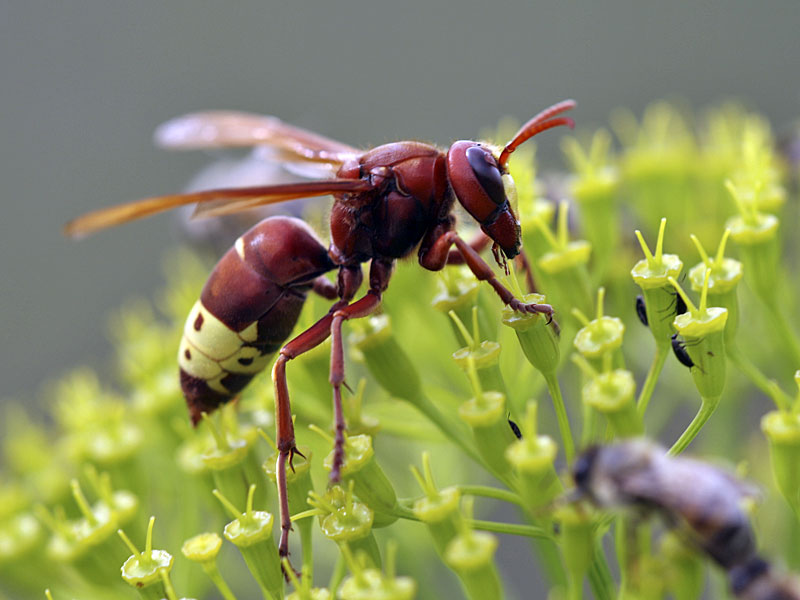 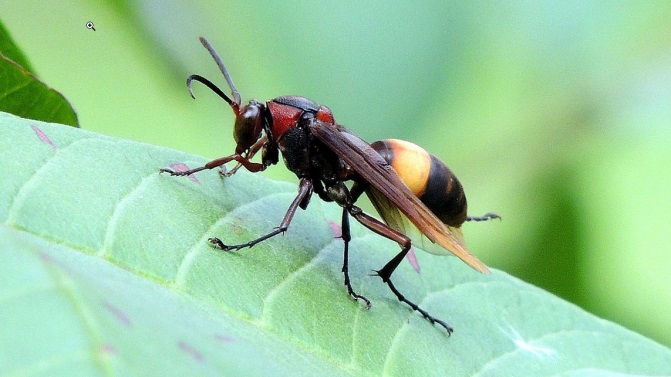 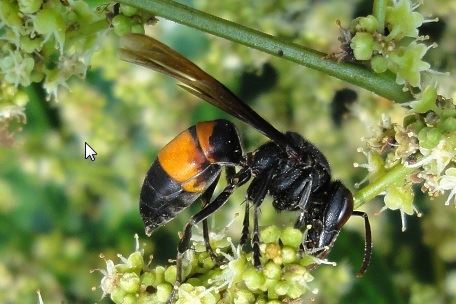 True hornets are social wasps of the genus Vespa, a group of 20 species occurring naturally only in Asia, Europe and Africa.

Hornets are closely related to Vespula species such as European wasp. Vespa and Vespula species are not native to Australia but the European wasp (Vespula germanica) has become established in the eastern states of Queensland, New South Wales and Victoria (Primefact 1370).

True hornets (Vespa species) prey on other insects including honey bees and social wasps and chew them into a paste as food for their larvae.

The closest relatives of hornets and the European wasp to occur naturally in Australia are the papernest wasps, Polistes and Rhopalidia species. Like hornets, these are social wasps that construct nests of a papery material but they differ in developing only relatively small colonies and their nests are not enclosed in an envelope. Consequently brood cells of Australian papernest wasps remain exposed to view.

There are currently 22 recognised Vespa species. Five are of biosecurity interest in Australia:

Asian hornet (Figure 1) is predominately black with a broad orange stripe on the abdomen and a fine yellow band (arrowed). When seen from the front the head is orange and legs are yellow at the tips. Asian hornets are between 17 and 32 mm long.

European hornet (Figure 2) has a predominately pale yellow abdomen with black stripes. The head is yellow from the front and red from above. The thorax and legs are black and reddish brown. Workers are between 18 and 23 mm long and queens between 25 and 35 mm long.

Oriental hornet (Figure 3) is the same size as the European hornet. Oriental hornet is entirely red, with only the front of its head and a band of its abdomen being yellow.

Lesser banded hornet has several geographic forms of subspecies. Those found in Hong Kong and South China are mainly black with the first two abdominal segments being a deep yellow forming a conspicuous band. The sides of the head and thorax show some reddish brown (Figure 4). The southeast Asian forms are fully black without reddish brown markings and the abdominal band is a brilliant orange (Figure 5). Lesser banded hornet workers are between 22 to 25 mm long. Queens are up to 30 mm long.

Asian giant hornet (Figure 6) is the world’s largest hornet, with a body length of approximately 50 mm, a wingspan of 76 mm and a 6 mm barbless sting which injects a large amount of potent venom. The head of the Asian giant hornet is a light shade of orange, the thorax is dark brown and wings are grey. Abdomen colouring alternates between bands of dark brown or black and yellow-orange. The last abdominal segment is yellow.

The Oriental hornet commonly lives in nests dug underground however, some paper nests are constructed in protected sites such as inside hollow trees or shipping containers.

The lesser banded hornet may build a nest in a high tree but are more commonly found lower in small trees or in and around buildings.

Unlike other Vespa species the Asian giant hornet always builds an underground nest.

All hornets have an annual lifecycle. Nests in temperate regions are founded by a single queen after over wintering hibernation. In tropical regions nests can be established at any time of year and can be founded by single or multiple queens depending on the species.

All hornets are predators of honey bees. The Asian hornet and the Asian giant hornet will attack honey bee guards and rob the hive of the brood in order to feed their own larvae.

Hornets have stings that are used to kill prey and defend their nest. Hornet stings are more painful to humans than a wasp sting because hornet venom contains a large amount of acetylcholine. Individual hornets can sting repeatedly and unlike honey bees or wasps do not die after stinging because their stingers are not barbed and are not pulled out of their bodies.

People who are allergic to wasp venom are also allergic to hornet stings and should seek immediate medical attention.

Asian hornet is widespread in Asia and has spread to France, Spain, Portugal and Italy.

Oriental hornet is present in Southwest Asia from Turkey to India and Nepal, throughout the Middle East, in Northeast Africa and in parts of Southern Europe. Oriental hornets have been introduced in Madagascar, Mexico and parts of China. The Oriental hornet is the only member of the Vespa genus that can be found in desert climates.

European hornet, originated in Europe, but is now established from Japan to the United Kingdom and in North America.

Hornets are not present in Australia. They have been intercepted at the border by quarantine service agencies.