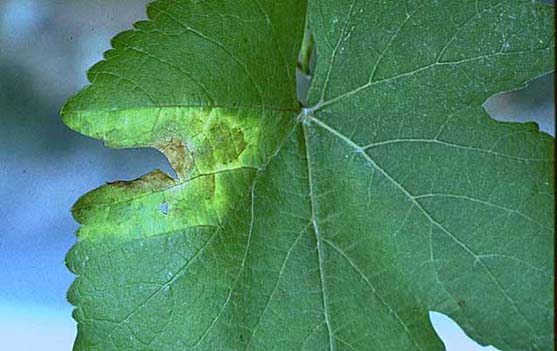 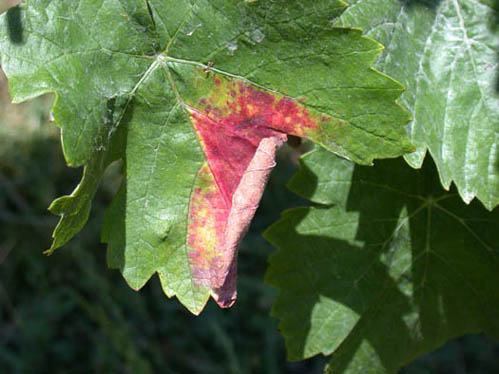 Pseudopezicula tracheiphila is an exotic plant pest causing rotbrenner. This disease is a serious threat to Australia’s viticulture industry.

Rotbrenner is also called roter brenner and translates from the German as red fire.

Rotbrenner is not a notifiable plant disease in NSW.

However, if you suspect rotbrenner:

Leaves which have been invaded by the fungus may fall prematurely and bunch withering can result in crop losses (Figure 3).

The fungus may attack flowers before or during bloom, causing them to rot and dry out. Only the fruit stalks are attacked. The fungus does not seem to invade the bunch stem.

The fungus survives in dead leaves on the ground. In early spring fungal spores are produced which are able to infect the new season’s growth.

For infection to occur a 2-4 day period of rain or high humidity is needed with temperatures of 15-20oC.

Symptoms begin to be expressed in 3-5 weeks.

Only preventive treatments can prevent infection once the disease is established in an area.

Most grape (Vitis vinifera) cultivars are susceptible to rotbrenner.

Rotbrenner is spread within the vineyard by water and wind borne spores.

Rotbrenner is endemic to Europe and is very common in France and Germany.