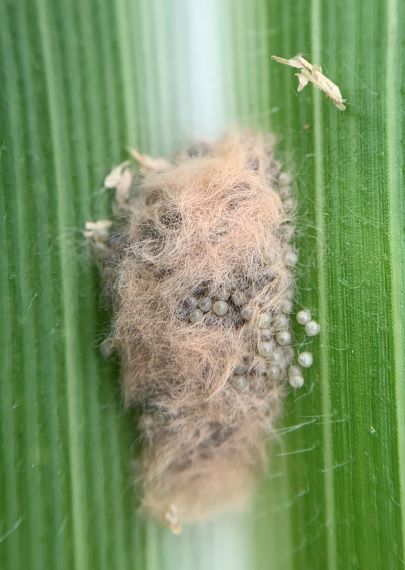 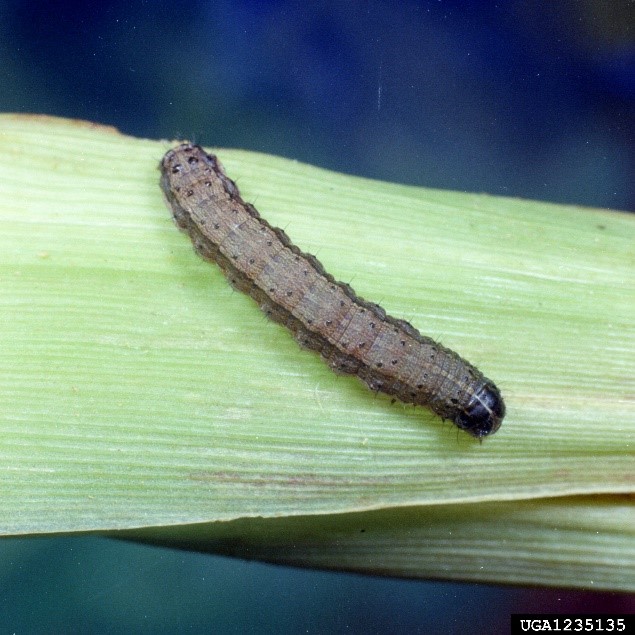 Fall armyworm (Spodoptera frugiperda) is an insect pest that has been detected in NSW.

This insect pest is a serious threat to a wide range of industries including grain, rice, cotton, vegetables and sugarcane.

Fall armyworm was first detected in Australia in 2020 and has moved south from Queensland into NSW. In NSW FAW was first detected between Moree and Boggabilla in late September 2020. NSW DPI, LLS and other collaborators established an early warning trapping grid across the north and south of the state. FAW has now been detected in all key summer cropping regions of NSW, including the LLS regions of the North Coast, Northern Tablelands, North West, Hunter, South East, Central West, Riverina and Murray.

The Consultative Committee on Emergency Plant Pests, consisting of industry, the Commonwealth, state and territory governments, agreed that fall armyworm is not technically feasible to eradicate in Australia.

Government is working to prepare potentially affected industries for ongoing management of the pest. DPI continues to work with potentially affected industries providing free insect diagnostics for suspect fall armyworm moths and larvae, advice on control and chemical management options. At present, maize crops have been damaged by the pest in the north of Australia but it is not known how badly the pest will impact on maize and other crops in NSW.

A webinar was held in April to discuss the current situation in NSW, biology and damage caused, identification, surveillance activities, how to report, and chemical control options. The webinar was recorded and can be viewed as an entire playlist or separate videos (link directs to www.youtube.com).

Fall armyworm is the name commonly attributed to the larval stage of the moth Spodoptera frugiperda. Other Spodoptera species already found in Australia include the lawn armyworm and the dayfeeding armyworm.

The fall armyworm life cycle has an egg stage, 5 to 6 caterpillar (larval) stages, a pupal stage and an adult moth stage. The larval life cycle stages cause widespread damage to crops through feeding.

Fall armyworm eggs are usually laid on the under surface of leaves in clustered masses of 100-200, covered with a ‘felt like’ layer of scales (Figure 1). The eggs are pale yellow.

Small fall armyworm larvae are usually light green to brown, with a dark head capsule. Young larvae feed on one surface of the leaf. What remains is an opaque layer of cuticle referred to as a ‘window’ which are typically more evident than the presence of larvae (Figure 2).

Large fall armyworm larvae grow to 3-4 cm, becoming darker as they mature, with pale white stripes along the length of the body (Figure 3). The large caterpillars have a pale inverted “Y” shape between the eyes. Two dark spots with dark spines occur on each body segment on the upper body surface, with 4 black spots arranged in a square on the last abdominal segment.

Fall armyworm larvae normally pupate in the soil. The pupae are shiny brown and between 1.3 and 1.7 cm long.

Adult fall armyworm moths measure 3-4 cm from wingtip to wingtip. Female moths are slightly larger than males, although both sexes have a white hindwing with a dark-brown margin. Male moths are more patterned and have distinct triangular white spots at the tip and near the centre of each forewing (Figure 4).

Fall armyworm damage by larger larvae in many crops produces similar symptoms on foliage to that caused by other caterpillars and chewing insects. If you find crop damage symptoms, carefully examine the plants for larvae to identify which species are present.

Fall armyworm can complete its life cycle within 23-27 days (from egg laying to the emergence of adult moths), when suitable temperatures and host plants are present.

The eggs hatch within 2-4 days after being laid on the lower leaf surfaces. After hatching, fall armyworm larvae complete 5 to 6 growth stages within 14-22 days of hatching to reach maturity. Once mature, larvae drop to the ground, where they pupate for around 8-9 days in warmer months and 20-30 days in cooler areas.

Female moths lay most of their eggs within 4-5 days of mating, but can continue laying for up to 2 weeks. As fall armyworm does not diapause (suspend development) during the pupal stage, populations are unlikely to establish in areas where temperatures fall below 9-12⁰C and where frosts occur.

The current strain in Queensland has been observed causing significant damage to maize. It is not currently known how many other plant species will be preferred food sources for this new pest.

Adult fall armyworm moths are strong flyers and will travel hundreds of kilometres on storm fronts. The larvae can also be spread in cut flower, fruit and vegetable consignments.

Fall armyworm is native to the tropical and sub-tropical regions of the Americas. In early 2016 it was detected in Central and Western Africa and quickly spread across sub-Saharan Africa. By December 2018, it was found in the Indian subcontinent. In June 2019 fall armyworm was reported in China and Southeast Asia.

Fall armyworm is currently present in Australia. It has been found in Queensland, Northern Territory, Western Australia and New South Wales.

Put in place biosecurity best practice actions to prevent the entry, establishment and spread of pests and diseases: