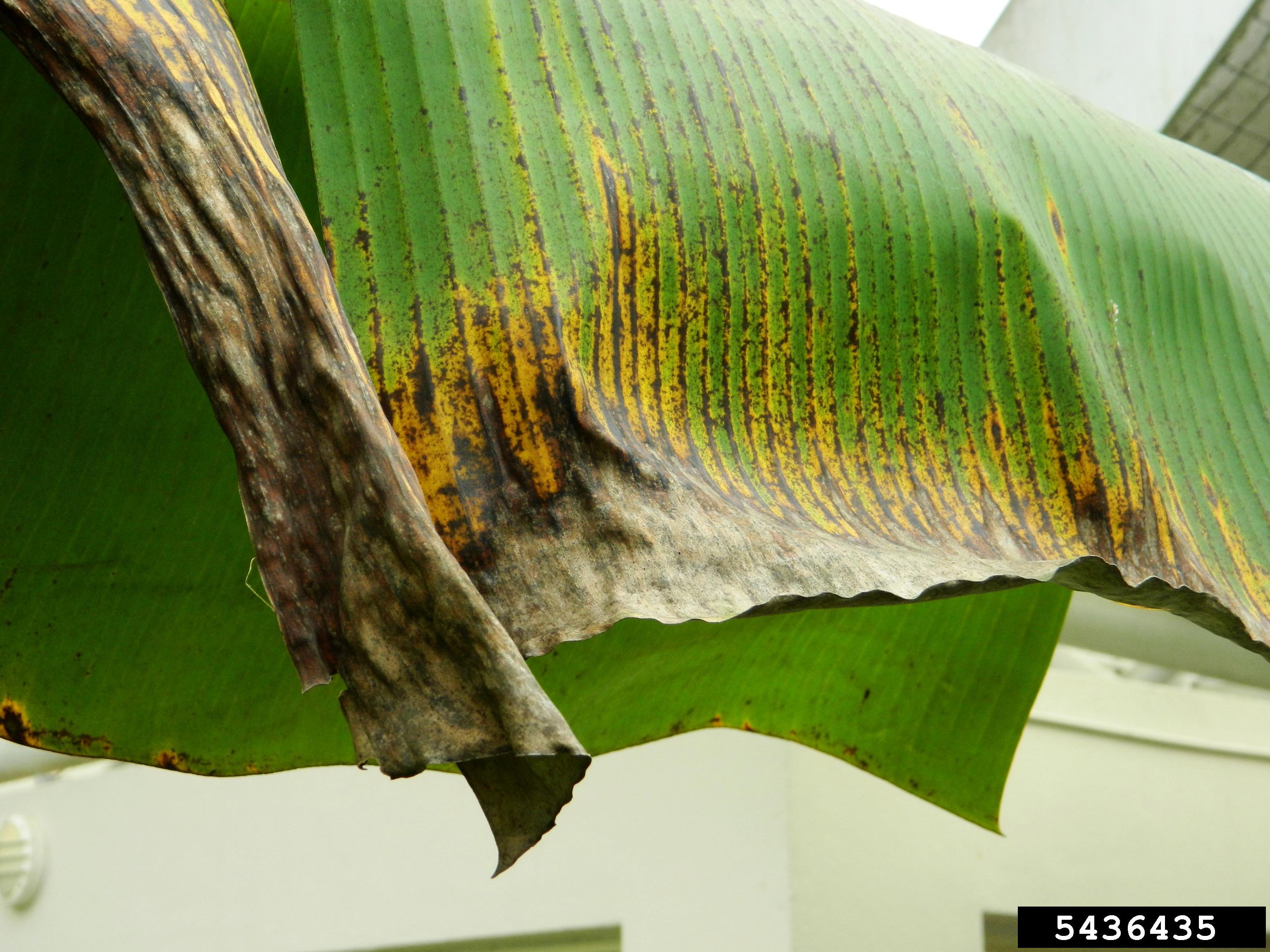 Black sigatoka (Mycosphaerella fijiensis) is an exotic plant pest. This fungal disease is a serious threat to Australia’s banana industry.

Laboratory testing is required to reliably distinguish these pests.

Black sigatoka causes large necrotic lesions on the leaves of the banana plant (Figure 2) and leaves drop and collapse. Leaf death results in reduced yield and uneven ripening of fruit.

There are six recognised stages in symptom development.

Tiny specks less than 0.25 mm appear on the underside of the leaf surface. These specks are white to yellowish in colour and quickly turn a reddish brown.

The initial streaks continue to expand in size and change colour from the reddish brown to a very dark brown almost black colour.

Where infection is heavy the streaks may overlap which gives infected leaves a black appearance.

The streaks continue to enlarge and become rounded in shape. They turn brown and a water-soaked border may develop around the edges of the infection. Spots occur on the top surface of the banana leaf.

The middle of the spot becomes slightly depressed. The water soaked border may develop a yellow halo around it. When infection is heavy large areas of leaf tissue break down.

The centre of each spot dries out and changes colour to a pale grey or beige. Sexual and asexual fungal spores develop in the dead tissue. A distinctive black border surrounds each spot. Banana leaves die and the spots remain visible on the dead and dried out leaves.

Short distance spread occurs as the fungal spores are dispersed from infected banana plants and debris by wind and rain-splash.

Black sigatoka has been recorded in 72 countries in Central and South America, Oceania, South East Asia and parts of Africa.

Black sigatoka was detected on several Torres Strait islands between Australia and Papua New Guinea and on the northern tip of Cape York Peninsula in 1981. Black sigatoka disease is regarded as having a restricted distribution in the Torres Strait and remains under official control.