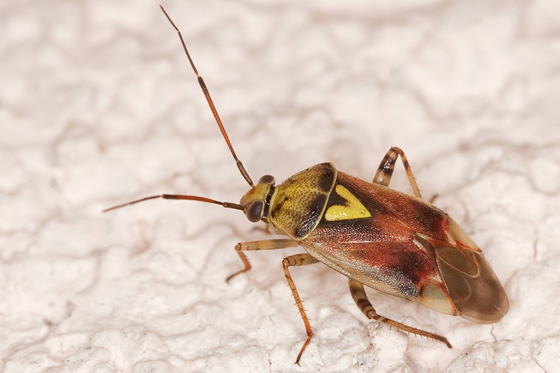 Western plant bug (Lygus hesperus) is not present in Australia. This pest is a serious threat to many of Australia’s horticultural industries.

The colouring of western plant bugs varies from greenish yellow to brown. The upper part of the back has a distinguishing yellow or pale green triangle marking (Figure 1).

All life stages of western plant bug feed by sucking juices from the plant while injecting toxins at the same time.

Direct feeding damage to flower buds and fruit can lead to bud and flower abortion or result in distorted or reduced quality fruit.

Damage at early stages of fruit development can cause the fruit to be deformed and misshapen when it reaches maturity (Figure 3).

Western plant bug has a very wide host range including at least 25 crop plants and 117 ornamental or weed plants.

Western plant bug eggs can be transported over long distances in leaves of host plants. Adults and nymphs can also be carried long distances on contaminated plant material.

Western plant bug is native to and found across North America.