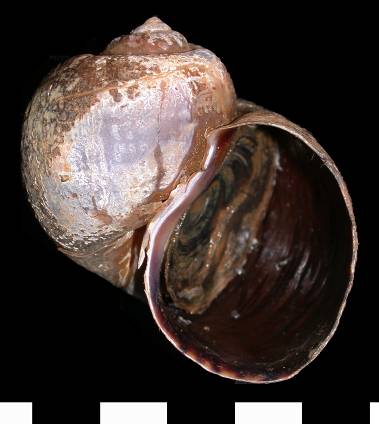 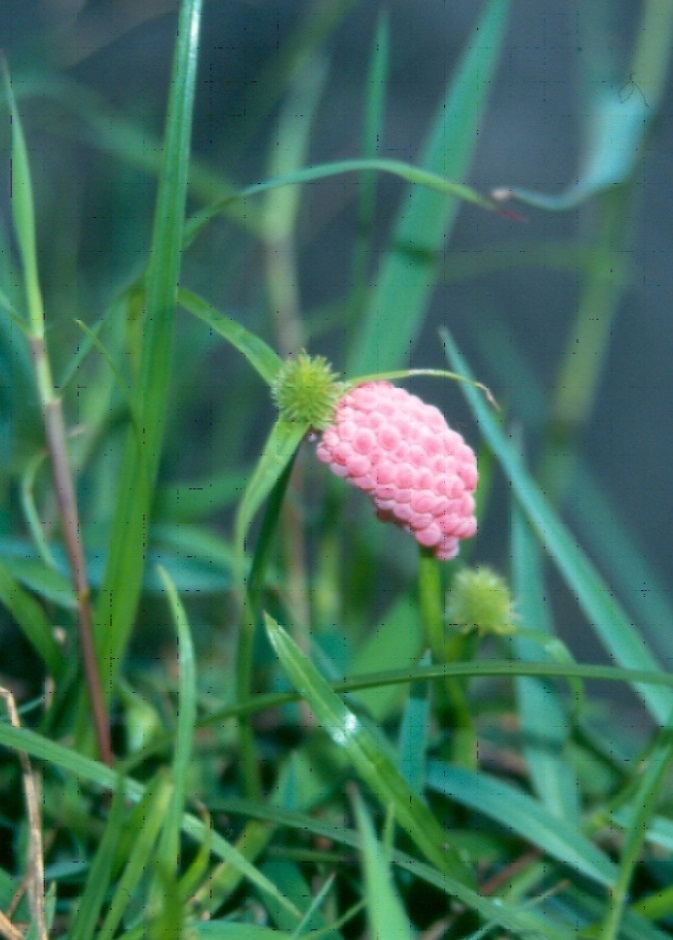 Golden apple snail (Pomacea canaliculata) is an exotic plant pest not present in Australia. This snail is a serious threat to Australia’s rice industry and also to the ecology of natural wetlands.

Golden apple snail has both gills and an air breathing organ. Ability to breathe in air allows the snail to survive between irrigation cycles.

Snails dig deep into the soil as conditions dry out and resurface after rice bays are flooded.

Mature golden apple snails are 3 to 8 cm in diameter. They have a distinct flat lid called an operculum which is used to close the mouth of the shell. The operculum is carried on the back of the body behind the shell and is pulled inwards to seal the shell when the snail withdraws inside (Figure 1).

Shell colour and banding of golden apple snails is extremely variable and not diagnostic. Colours are commonly golden, yellow or brown (Figure 2).

Mating occurs where water is readily available. Mating is not restricted by time of day or season of the year. Female snails emerge from the water and lay their egg masses on vegetation or other structures above the water line.

Egg masses are bright pink and contain 200-300 eggs (Figure 3). Egg masses lighten in colour when about to hatch.

After hatching juvenile snails fall or crawl into the water. The wide host range of the golden apple snail allows multiple generations to develop and mature when free water is available.

Golden apple snail feeds on a wide variety of grasses and wetland plants.

Natural or deliberate release into the environment has enabled the snail to establish and spread throughout eastern Asia.

Golden apple snail can spread rapidly in association with running water such as in irrigation and drainage channels.