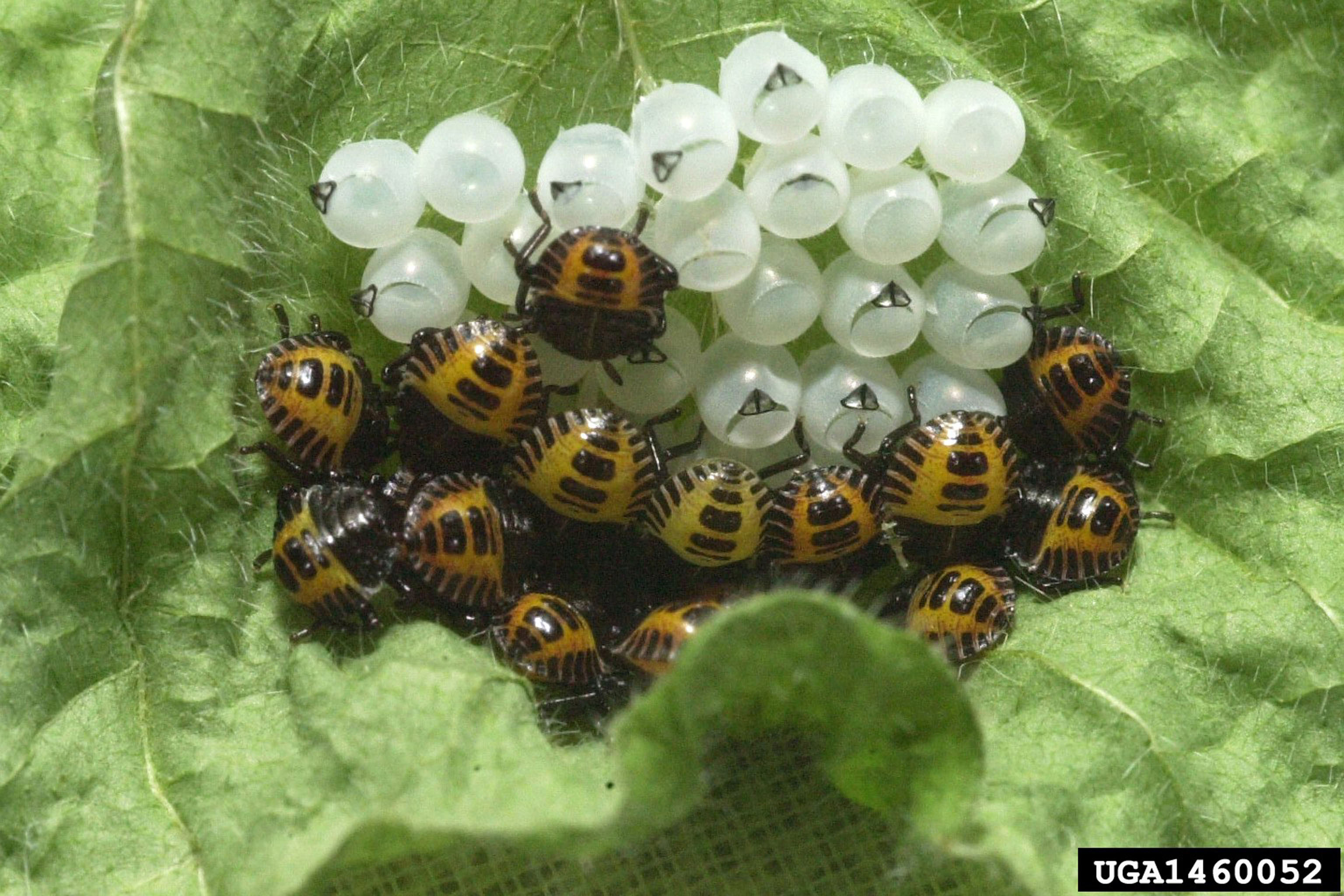 There are a number of Australian native stink bugs which are similar to BMSB. However, the distinct features of adult BMSB are the white bands on the antennae, sides of the abdomen and on the legs (Figure 1).

Brown marmorated stink bug was found in warehouses in western Sydney over the 2017-18 summer season, in consignments originating in Italy. Fumigation and extensive surveillance activities took place and importation rules for cargo arriving from Italy were strengthened.

The successful eradication program saw NSW was declared BMSB free in August 2018. Ongoing vigilance is required with BMSB known to stow away on cargo from the northern hemisphere between September and April each year. In January 2019, Victoria was undertaking an eradication program following two seperate detections of brown marmorated stink bug.

Brown marmorated stink bug causes damage to fruit and vegetables resulting in produce that is unfit for sale.

Adults generally feed on fruit while nymphs feed on leaves, stems and fruit.

Stink bugs pierce the outer surface of fruit injecting saliva and sucking out juices. This causes dimpling of the fruit’s surface and rotting and corking inside the fruit.

Adult BMSB are approximately 12 to 17 mm long and 7 to 10 mm wide.  They are variable in colour but generally have a mottled brown coloured body with alternating light and dark bands on the antennae, legs and the side margins of the abdomen.

Young nymph stages are yellowish brown and mottled with black and red (Figure 2).

Older nymph stages are darker with the banding pattern on the legs and antennae beginning to appear.

Brown marmorated stink bug feeds on a wide range of fruiting plants including ornamentals and vegetables.

Host plants belong to 49 different plant families with Rosaceae the most common family.

Adult brown marmorated stink bugs are strong fliers and have been recorded flying up to two kilometres in a single flight.

Brown marmorated stink bug is a highly mobile pest which can move from host to host during spring and summer. The pattern of movement is from plants with early ripening fruit to plants with later ripening fruit.

In autumn adult BMSB seek out a safe hibernation spot to overwinter. Preferred hibernation sites are cracks and crevices in houses, buildings and structures such as containers or packing crates.

Brown marmorated stink bug is native to Asia and is found in China, Japan, Taiwan and Korea.

It was introduced to the USA where it rapidly spread and has been detected in more than 40 states. It is also now present throughout Europe.

Brown marmorated stink bug is not present in Australia, but has been intercepted at the border by quarantine service agencies. There have also been post-border detections however BMSB is not considered established in Australia.